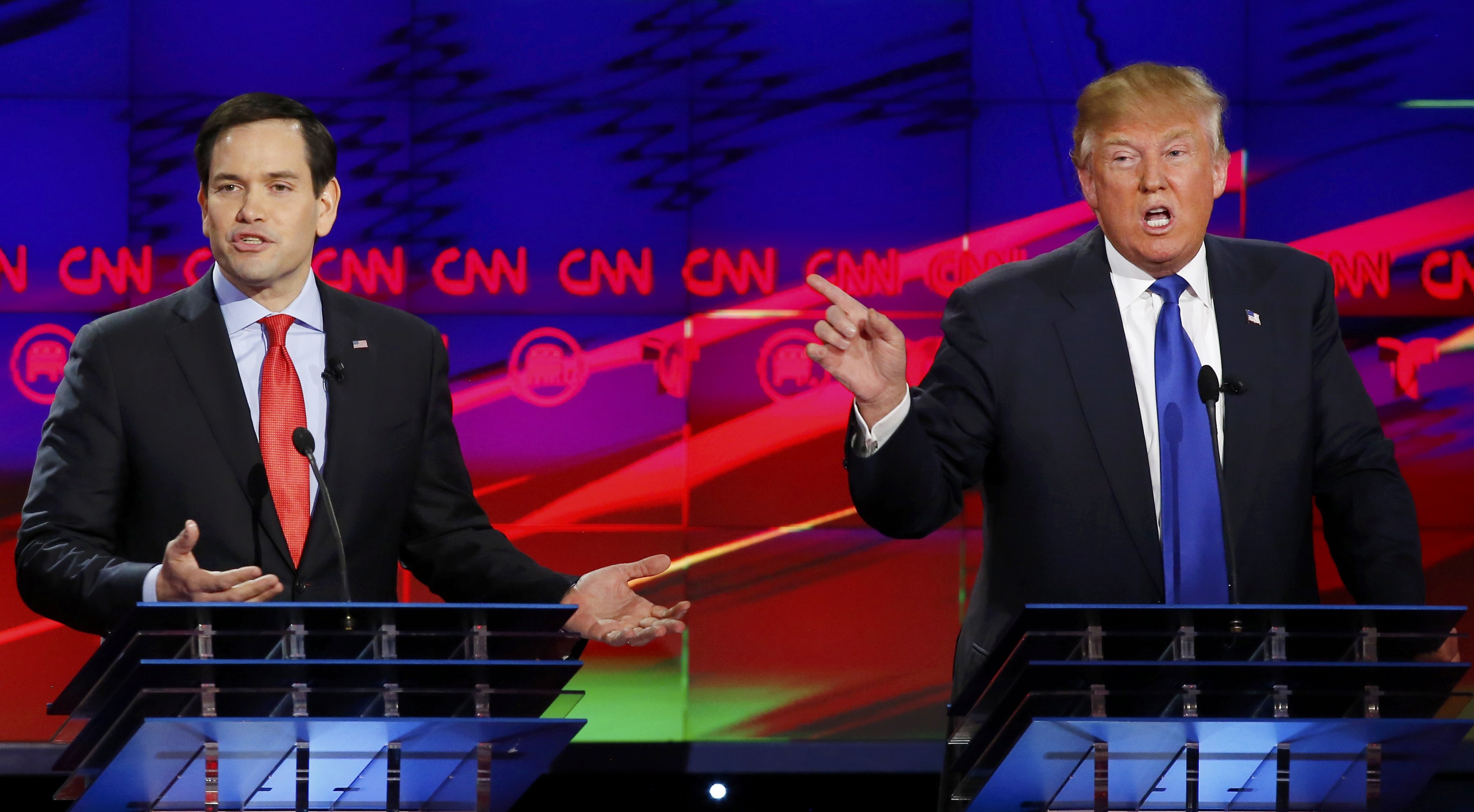 Florida Sen. Marco Rubio went after frontrunner Donald Trump Thursday night over his hiring of illegal immigrants to work at or help construct various Trump properties, an issue which has been well-documented in the media.

Rubio referred specifically to a New York Times article published earlier Thursday, which outlined the hiring practices at Trump's Mar-a-Lago Club in Palm Beach, Fla. The story says Trump turned down many local applicants for the jobs in order to bring in foreign guest workers for those positions. Instead of hiring American workers, Rubio said, Trump "brought in a thousand people from all over the world to fill those jobs instead."

Trump responded by saying that the jobs in question were seasonal jobs that local American workers didn't want. "You could not get help," he said. "It was the up season, people did not want to have part-time jobs."

Trump made the same argument in the Times article, but the story includes quotes and stories from American workers who applied for the jobs and would have been happy to take part-time work.

"Look it up: 'Trump Polish workers,'" Rubio instructed debate watchers. "You'll see a million dollars for hiring illegal workers on one of his projects. He did it."

That accusation is true: Trump was even sued for using 200 illegal workers from Poland to build Trump Tower in 1980. The New York Times described an update to the suit -- including Trump's testimony -- in 1998, and The Daily Beast wrote about the situation last summer. The case was settled in 1999.