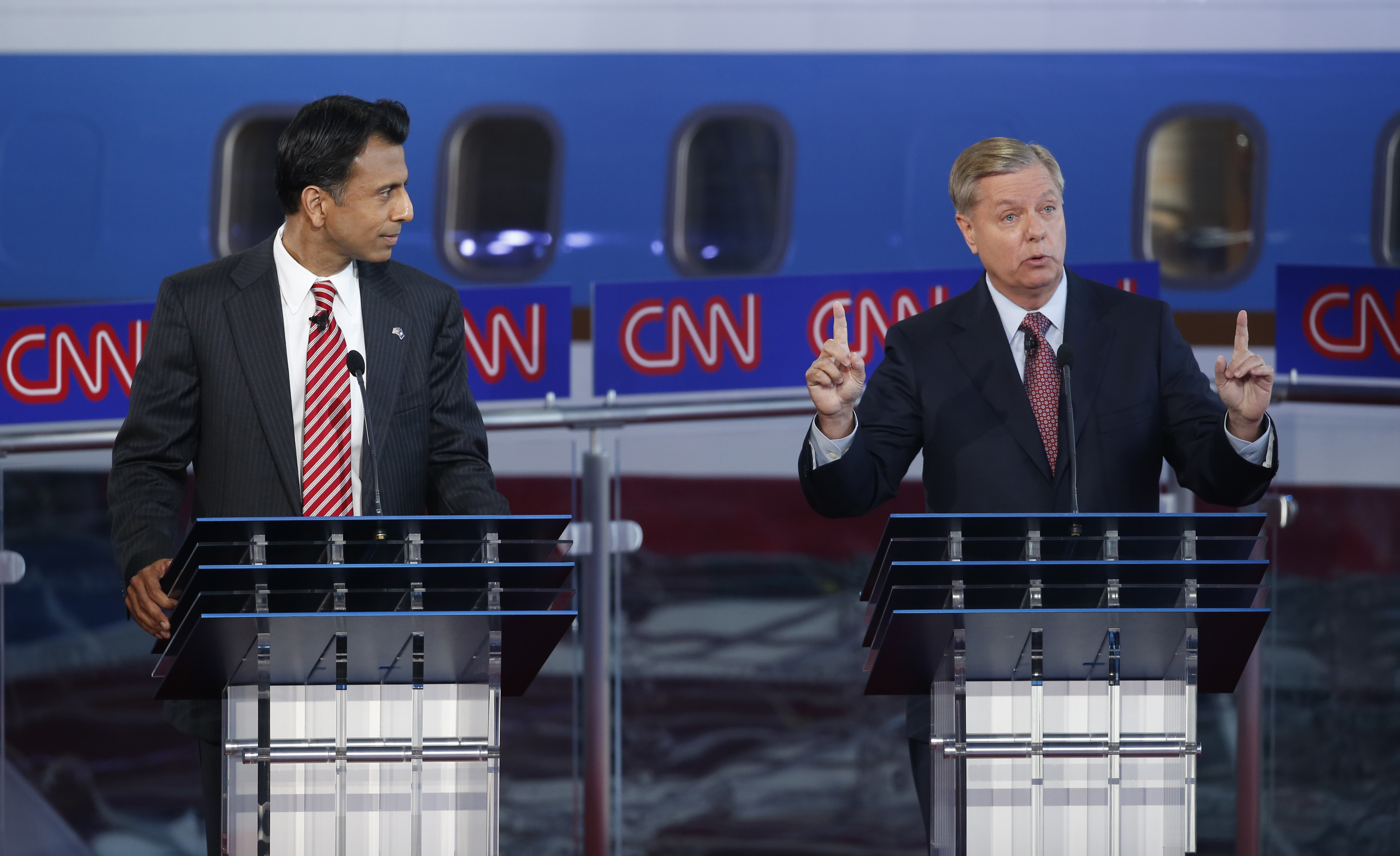 The four Republican candidates in the lower-tier GOP presidential debate on Wednesday night weighed in on the arrest of Ahmed Mohamed, the 14-year-old Muslim boy from Irving, Texas who was taken out school in handcuffs after bringing a homemade clock to class that was suspected of being a bomb.

"I don't think a 14-year-old should ever get arrested for bringing a clock to school," Gov. Bobby Jindal of Louisiana said when asked about Mohamed's arrest.

The incident was raised to pose the question of balancing security issues with civil liberties and concerns about racial profiling. While Jindal defended Mohamed, he added that the American people "don't discriminate against anybody based on the color of their skin." He also said he was "glad" the police in Irving were "worried about security and safety issues."

While he dismissed the notion that Mohamed was discriminated against, Jindal said, "The biggest discrimination is going on against Christian business owners and individuals who believe in traditional forms of marriage." He specifically cited the case of Kim Davis, the county clerk from Kentucky who was jailed for refusing to issue same-sex marriage licenses.

Sen. Lindsey Graham of South Carolina used the discussion about Ahmed Mohamed and Kim Davis to pivot back to the central focus of his campaign -- the fight against the Islamic State in Iraq and Syria (ISIS).

"I'm not worried about [Kim Davis] attacking me, I'm worried about radical Islamic extremists," he said. "I want a legal system that understands difference of fighting war and fighting a crime."

Former Gov. George Pataki also gave his two cents about the Davis case, saying that an elected official can't dictate laws. "I think she should've been fired, and if she worked for me, I would've fired her," he said.