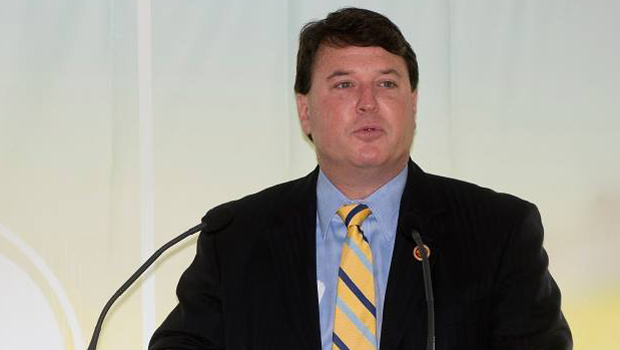 The unaccompanied minors crossing into the United States from Mexico in crisis-level numbers could be imperiling Americans by exposing them to the highly contagious Ebola virus that's killed upwards of 800 people in West Africa this year, a Republican congressman warned Tuesday.

Speaking with an Indianapolis radio station, Rep. Todd Rokita, R-Ind., cited heart surgeon and Rep. Larry Bucshon, R-Ind., as a sage authority on the subject: "He said, look, we need to know just from a public-health standpoint, with Ebola circulating and everything else," Rokita said. "No, that's my addition to it, not necessarily his - but he said we need to know the condition of these kids."

No human has ever contracted the deadly illness in the Western Hemisphere. Still, staying vigilant amid the worst outbreak of Ebola in history, the Office of Refugee Resettlement assured the Times of Northwest Indiana that every one of the 30,000-some undocumented children who are placed with U.S. family members has been screened for medical maladies.

But the superior course is to keep the minors in one place, Rokita argued, cautioning for good measure that if they're released into the U.S. population, "ultimately your property taxes are going to go up" because they'll be able to enroll in school.

Rokita's not the first Republican to recklessly postulate about the Ebola risk posed by children crossing the U.S. southern border. Rep. Phil Gingrey, R-Ga., similarly wielded the immigrant surge as a fear-mongering tool last month when he penned a letter to the head of the Centers for Disease Control warning about the possibility of heightened "swine flu, dengue fever, Ebola virus and tuberculosis."

Last week, Rep. Michele Bachmann, R-Minn., suggested that in addition to the fully lit and well-staffed fence she wants to see span the entire border between the United States and Mexico, the federal government would be able to better combat this "war against the American people" if they upped taxes on 100 percent of undocumented immigrants.

"Mexico, El Salvador, Honduras and Guatemala, those countries are laughing at us because they're making money with their corrupt governments in conjunction with these international criminal cartels," Bachmann said during a conference call with immigration-reduction advocacy group Numbers USA. "They're all making money and kickbacks."

If a remittance tax were levied, she predicted, "We would have phone calls from the president of these countries in five minutes saying, 'What can we do? We want to keep this money flowing into our economy.'"

Rep. Mo Brooks, R-Ala., meanwhile, pivoted from his defensive against a Democratic "war on whites" to rally attention to the potential dangers of the ENLIST Act, a GOP-authored proposal that would allow undocumented immigrants brought to the country as kids to earn permanent residence and eventually citizenship if they enlist in the U.S. military. He indicated that even immigrants who've lived in the United States their entire lives would lack the necessary patriotism.

"These individuals have to be absolutely 100 percent loyal and trustworthy, as best as we can make them, 'cause they're gonna have access to all sorts of military weaponry, even to the point of having access to weapons of mass destruction like our nuclear arsenal," Brooks said. "And I'm gonna have much greater faith in the loyalty of an American citizen than someone who is a citizen of a foreign nation."

On Tuesday, the vocally anti-immigration Rep. Steve King, R-Iowa, was ambushed by two potential beneficiaries of the ENLIST Act, "DREAMer" activists Erika Andiola and Cesar Vargas, while he was lunching with Sen. Rand Paul, R-Ky. During the seven-minute exchange, King censured the pair for being in "violation of the law" but complimented the near-lifelong U.S. residents for being "very good at English."