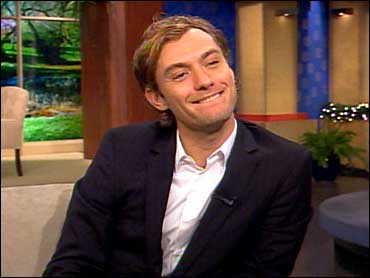 The 34-year-old actor allegedly tried to grab the photographer's camera during the incident on Tuesday, Britain's Press Association said. He was released on bail and must return to a London police station in October.

Police would not directly confirm the report, but said a 34-year-old man from Law's neighborhood was arrested on suspicion of causing bodily harm. Police added the man voluntarily went to a police station for questioning.

Law recently returned from the Venice Film Festival where he was promoting the remake of the movie "Sleuth," in which he co-stars with Michael Caine.
View CBS News In
CBS News App Open
Chrome Safari Continue