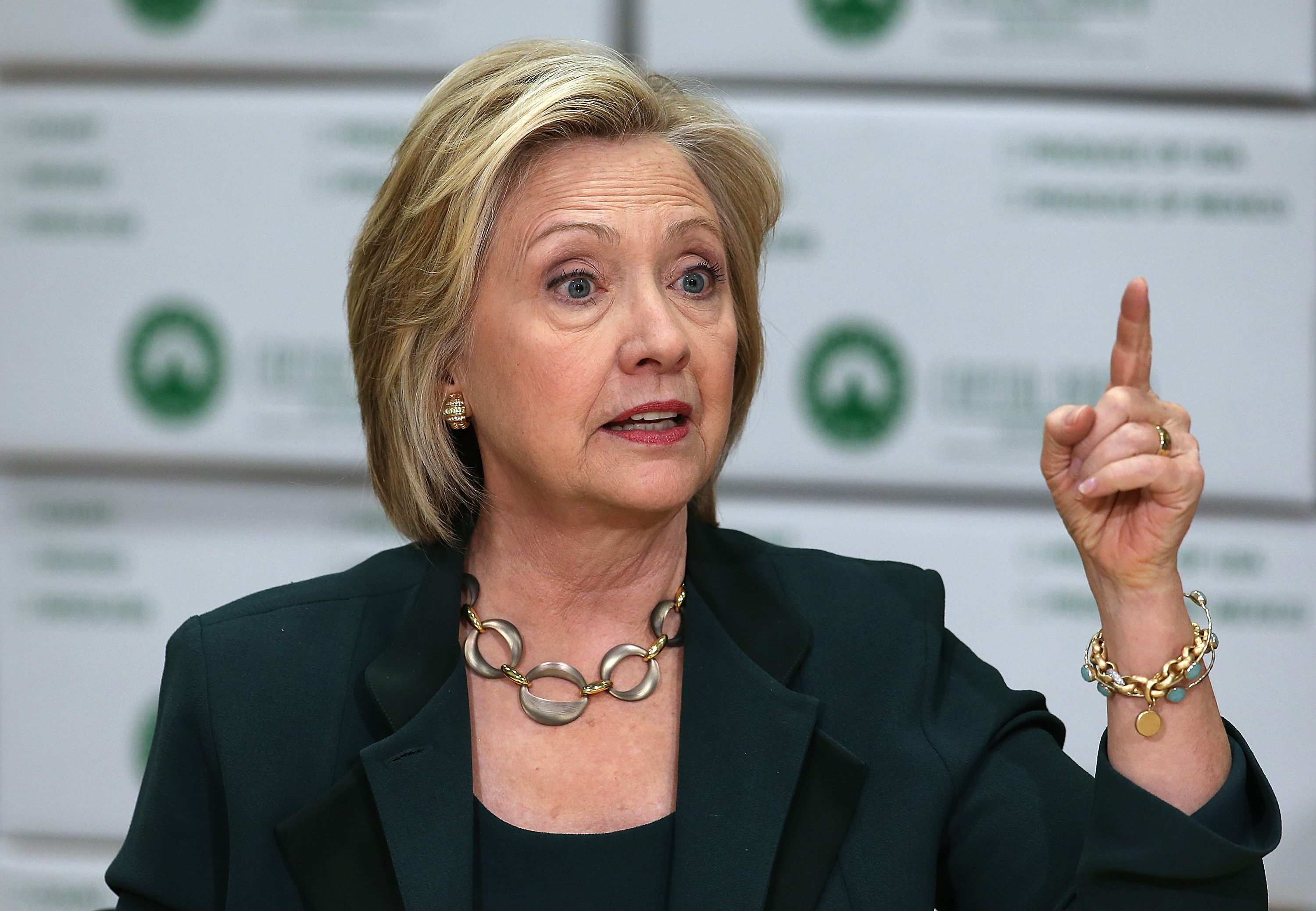 After holding her first campaign events in Iowa and New Hampshire, Hillary Clinton will turn her focus to fundraising next week with events on the eastern seaboard.

According to reports from Buzzfeed and the New York Times, events are planned for Washington, D.C., Richmond, Virginia, Maryland and New York City. The events will be smaller, perhaps in private homes, and allow Clinton to have more one-on-one interaction with donors.

Both publications report that donors who can get 10 people to contribute the maximum of $2,700 will be called "Hillstarters." That's a less ambitious number than in 2008, when a "Hillraiser" was someone who brought in more than $100,000 for the campaign.

Clinton also plans to raise money only for the primary, rather than both the primary and general elections. In 2008, her campaign sought money for both cycles of the election.

The formal beginning of Clinton's campaign does not appear to have quieted questions surrounding the Clinton Foundation's relationship with foreign governments who contributed money. The Foundation recently changed its policies to coincide with Clinton's campaign. It will only accept large donations from Australia, Canada, Germany, the Netherlands, Norway and the United Kingdom.

When Clinton became secretary of state in 2009, the Foundation made a deal with the Obama administration to limit foreign donations, but it never stopped taking money from foreign companies or individuals with ties to their governments.

A new book due out May 5 called "Clinton Cash: The Untold Story of How and Why Foreign Governments and Businesses Helped Make Bill and Hillary Rich" is said to provide a thorough investigation of foreign donations to the Clinton Foundation.

The author, Peter Schweizer, writes, "We will see a pattern of financial transactions involving the Clintons that occurred contemporaneous with favorable U.S. policy decisions benefiting those providing the funds," according to the New York Times, which has seen an advance copy.

An example in the book includes a donation from a Colombian whose natural resource investments later benefited from a free-trade agreement between the U.S. and Colombia.

Asked about the forthcoming book at a campaign event in Keene, New Hampshire, Monday, Clinton said, "We're back into the political season and therefore we will be subjected to all kinds of distraction and attacks and I'm ready for that. I know that that comes unfortunately with the territory."

"It is, I think, worth noting that the Republicans seem to only be talking about me. I don't know what they'd talk about if I wasn't in the race, but I am in the race and hopefully we'll get on to the issues," she added.

The book is being published by Harper Collins, which is a division of News Corp. The Times reports that a super PAC that supports Democrats is arguing that Schweizer is anti-Clinton, pointing to his history as a speechwriter and consultant to former President George W. Bush, his job at the conservative Hoover Institution and his contributions to conservative website Breitbart.com.

Kentucky Sen. Rand Paul, who has already jumped into the running for the GOP nomination, was touting the forthcoming book during his campaign launch tour. He said it would have "big news" about the Clintons and foreign money.