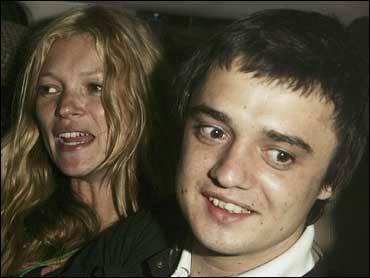 Metropolitan Police declined to directly confirm the report in The Sun newspaper, but said a 28-year-old man was arrested Saturday night in London on suspicion of drug possession. He was released on bail pending investigation and was ordered to return to a police station next month.

Doherty, frontman for Babyshambles and formerly co-leader of The Libertines, has been undergoing drug rehabilitation under court supervision following a number of arrests for possession of drugs, including cocaine and heroin.

At a court appearance April 18, the rocker said people close to him were insisting that he kick his addiction.

"The people I'm closest to have had enough. They've said it's drugs or them," he said.