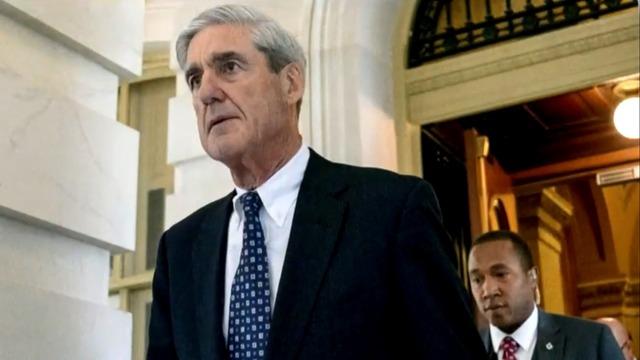 A confidential letter obtained by The New York Times shows President Trump's personal lawyers making the case to special counsel Robert Mueller that the president cannot obstruct justice. The memo further went on to state that Mueller cannot force him to testify.

A memo dated January 29, 2018, argues that the Constitution gives the president vast authority to, for instance, fire FBI Director James Comey, and even argues that the president cannot obstruct justice by terminating an investigation. The never-before-seen memo makes a broad case for the executive autonomy of the commander-in-chief, as the president's lawyers argue a sitting president cannot be subpoenaed. The memo is titled," Re: Request for testimony on alleged obstruction of justice," The New York Times reports.

"It remains our position that the president's actions here, by virtue of his position as the chief law enforcement officer, could neither constitutionally nor legally constitute obstruction because that would amount to him obstructing himself, and that he could, if he wished, terminate the inquiry, or even exercise his power to pardon if he so desired," writes John Dowd, the president's former personal attorney who left the team in March.

The White House declined to comment, referring to outside counsel. Mr. Trump's legal team did not immediately respond to a request for comment. Shortly before The New York Times published its story, however, Mr. Trump accused Mueller's team or Justice Department officials of leaking information to the media. He did not question the veracity of the letter.

"There was No Collusion with Russia (except by the Democrats)," the president tweeted Saturday. "When will this very expensive Witch Hunt Hoax ever end? So bad for our Country. Is the Special Counsel/Justice Department leaking my lawyers letters to the Fake News Media? Should be looking at Dems corruption instead?"

The memo further argued that the president can terminate any investigation without obstructing justice. It's a move that some critics might view as the legal case for ending the Mueller investigation.

"A president can also order the termination of an investigation by the Justice Department or FBI at any time and for any reason," the memo reads. "Such an action obviously has an impact on the investigation, but that is simply an effect of the president's lawful exercise of his constitutional power and cannot constitute obstruction of justice. We remind you of these facts simply because even assuming, arguendo, that the president did order the termination of an investigation (and the president, along with Mr. Comey in his testimony and in his actions, have made it clear that he did not) this could not constitute obstruction of justice."

The memo also addresses 16 topics that, according to Dowd, Mueller's team "desired to address with the president in order to complete your investigation on the subjects of alleged collusion and obstruction of justice." Among those areas of interest is Mr. Trump's reaction to Attorney General Jeff Sessions' decision to recuse himself in the Russia investigation. Mr. Trump has berated his attorney general, as recently as this week, for recusing himself, and has suggested he would have picked someone else for the job if he had known what Sessions would do.

The New York Times also published a June 23, 2017 memo from the president's legal team to Mueller, in which the president's lawyers suggest they are aware that Mueller might be investigating whether there was any obstruction of justice in the firing of Comey. Mr. Trump fired Comey on May 9, 2017.

"We write to address news reports, purportedly based on leaks, indicating that you may have begun a preliminary inquiry into whether the president's termination of former FBI Director James Comey constituted obstruction of justice," the June 2017 memo from Trump attorney Marc Kasowitz to Mueller reads.

According to the more recent memo, these are the topics Mueller's team is interested in discussing with the president as the team questions whether there was any obstruction of justice: