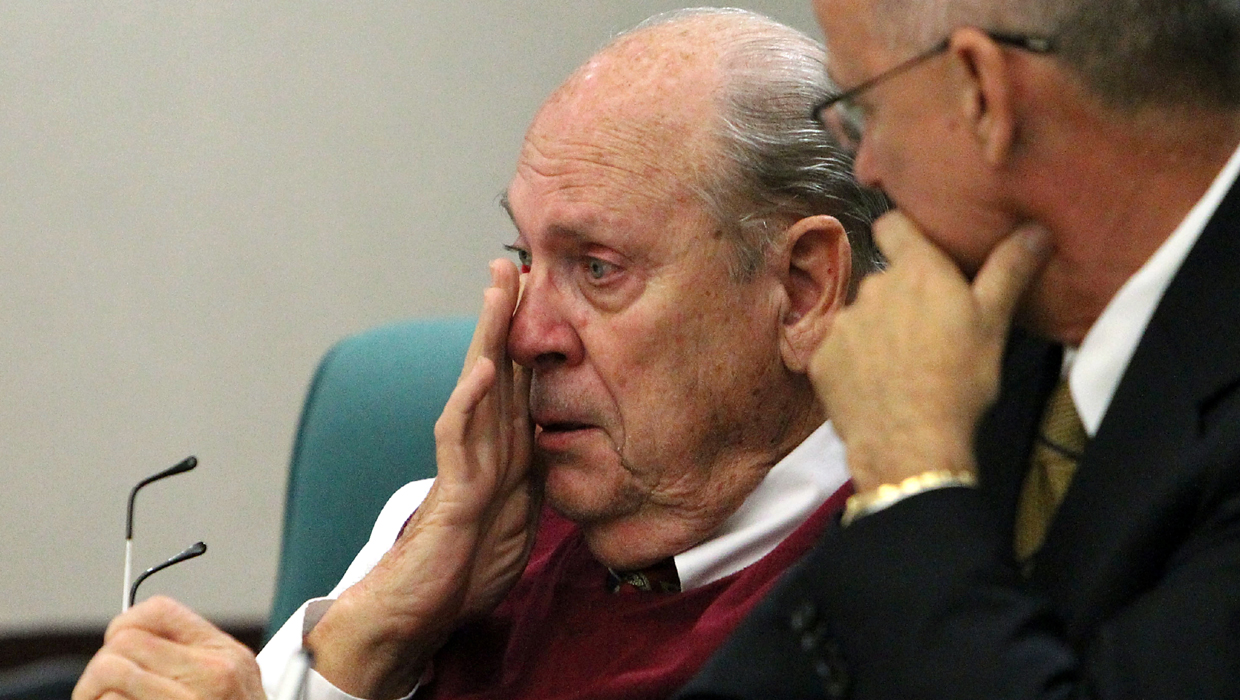 Curtis Reeves, the Florida man accused of fatally shooting another movie-goer in a dispute over the victim texting in the theater, sent a text of his own before the movie started, according to recently released court documents.

The Tampa Bay Times reports that the documents show that Reeves, 71, who is charged with second-degree murder and is being held without bail, received a text from his son, Michael, telling his father that he was running late for the 1:20 p.m. showing of "Lone Survivor" on Jan. 13. Reeves reportedly texted back that he and his wife were in their seats.

According to the newspaper, the court documents reveal that when Michael Reeves finally got to the theater about 15 minutes later, his father had already shot Chad Oulson, who had been sitting in the row in front of him. Authorities say Reeves became upset with Oulson for texting with his daughter during the previews and shot him after an argument between the two.

Reeves, a retired police captain, pleaded not guilty to the charges against him. He has maintained that he shot Oulson in self-defense after the man attacked him.

According to the arrest report, witnesses told police that Reeves "confronted the victim about texting during the movie previews and went to advise management. When the defendant returned additional words were exchanged between the victim and the defendant and the victim turned and threw a bag of popcorn at the defendant. Witnesses advised they did not observe any punches being thrown. The defendant removed a handgun and shot [Oulson] in the chest."

The Times reports that Reeves is being held without bail and his next pre-trial hearing is set for July 9.