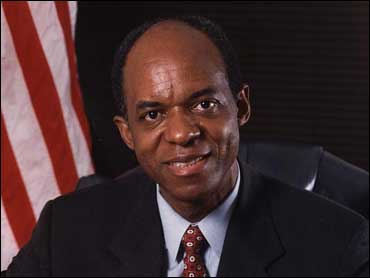 A federal appeals court upheld bribery and other charges against Louisiana Democratic U.S. Rep. William Jefferson on Wednesday, clearing the way for a trial.

Jefferson, who cruised to victory in a primary last week and is expected to easily win re-election, had sought to dismiss a 16-count indictment charging him with taking bribes, laundering money and misusing his congressional office for business dealings in Africa.

A three-judge panel of the 4th U.S. Circuit Court of Appeals rejected Jefferson's claims that a federal grand jury received evidence that violated his constitutional right to legislative immunity.

Jefferson's attorneys argued that three staffers should not have been allowed to tell the grand jury about Jefferson's relationships with African leaders and his knowledge about West African nations because those activities were part of his legislative duties.

Jefferson could further delay a trial by appealing to the U.S. Supreme Court. A telephone message was left Wednesday with his attorney, Robert P. Trout.

Prosecutors contend Jefferson used his influence as chairman of the congressional Africa Investment and Trade Caucus to broker deals in Nigeria, Ghana, Cameroon and other African nations on behalf of those who bribed him.

The 2007 indictment alleges that Jefferson received more than $500,000 in bribes and demanded millions more between 2000 and 2005, including $90,000 he received from an FBI informant that was later found in the freezer of his Washington home. He has pleaded not guilty.

U.S. District Judge T.S. Ellis III had refused to dismiss the indictment, saying Jefferson was trying to apply the legislative immunity clause so broadly that it would be virtually impossible to charge a congressman with a crime.

Ellis "accorded Congressman Jefferson every substantive and procedural protection to which he was entitled," the appeals court judges wrote.

Jefferson's trial had been scheduled to begin in December, but has been postponed. If convicted of all charges, he faces up to 235 years in prison.

Meanwhile, Jefferson, 61, Louisiana's first black congressman since Reconstruction, faces a Dec. 6 election against little-known Republican, Anh "Joseph" Cao in his New Orleans-based district. The district's election was pushed back because of Hurricane Gustav.

Last week, he easily won a Democratic primary runoff against a former television reporter who argued that the scandal had obliterated the influence Jefferson built during 18 years in Congress.