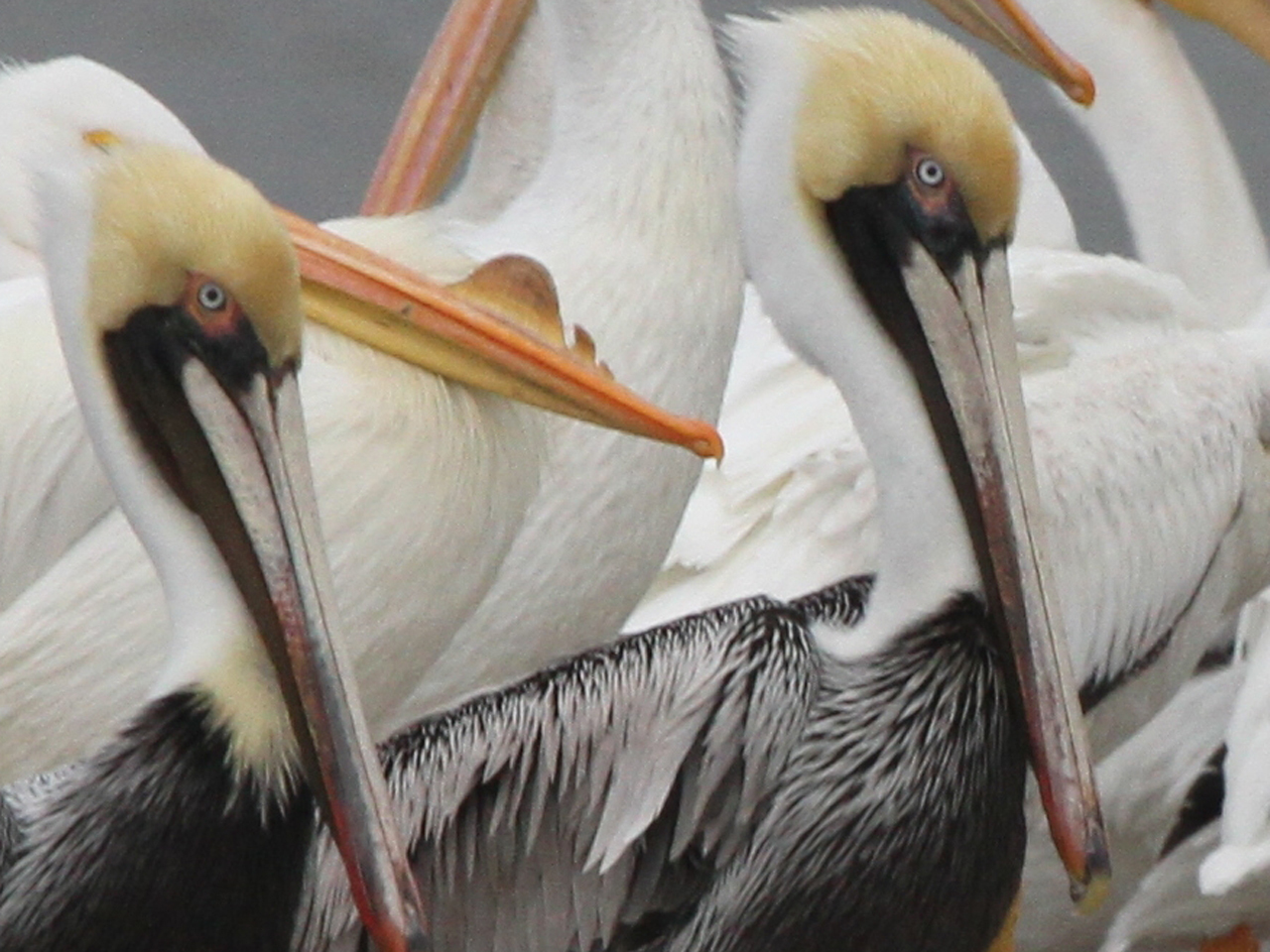 This article was written by Miles Doran and Debbye Turner Bell.

BRUNSWICK, G.A. - On Little Egg Island Bar off the southeastern coast of Georgia, a glimmer of good news was spotted last week in the form of a red band around one pelican's leg: the mark of an oil spill survivor.

More than 600 brown pelicans were relocated out of harm's way in the months following the oil spill. Some were moved to parts of Florida and Texas and about 140 were released here in Georgia - 500 miles from their original homes in Louisiana.

Last June and July they were released into an existing colony that nests where the Altamaha River meets the Atlantic Ocean. The birds flew south for the winter, but experts like wildlife biologist Tim Keyes wondered what would become of them.

"We had no idea whether these pelicans would survive the winter," said Keyes, who works for Georgia's Department of Natural Resources. "Some previous studies suggest that survival is fairly low and reproduction is even lower on oiled birds."

Now that the colony of 1,000 pelicans has migrated back to Little Egg Island Bar to nest, Keyes is trying to document how many of the oil spill survivors have also returned. So far he has spotted 11 of the original 140 relocated birds.

"The fact that they've made it this far, that they've survived a winter, which is typically a stressful time for pelicans, and made it back here are all good signs" Keyes said. "We have yet to confirm one on eggs but we are trying to do that."

At least one Georgia-released pelican has been spotted back on the gulf coast. Two pelicans that were released in Texas have also found their way back to Louisiana, according to Tri-State Bird Rescue & Research.