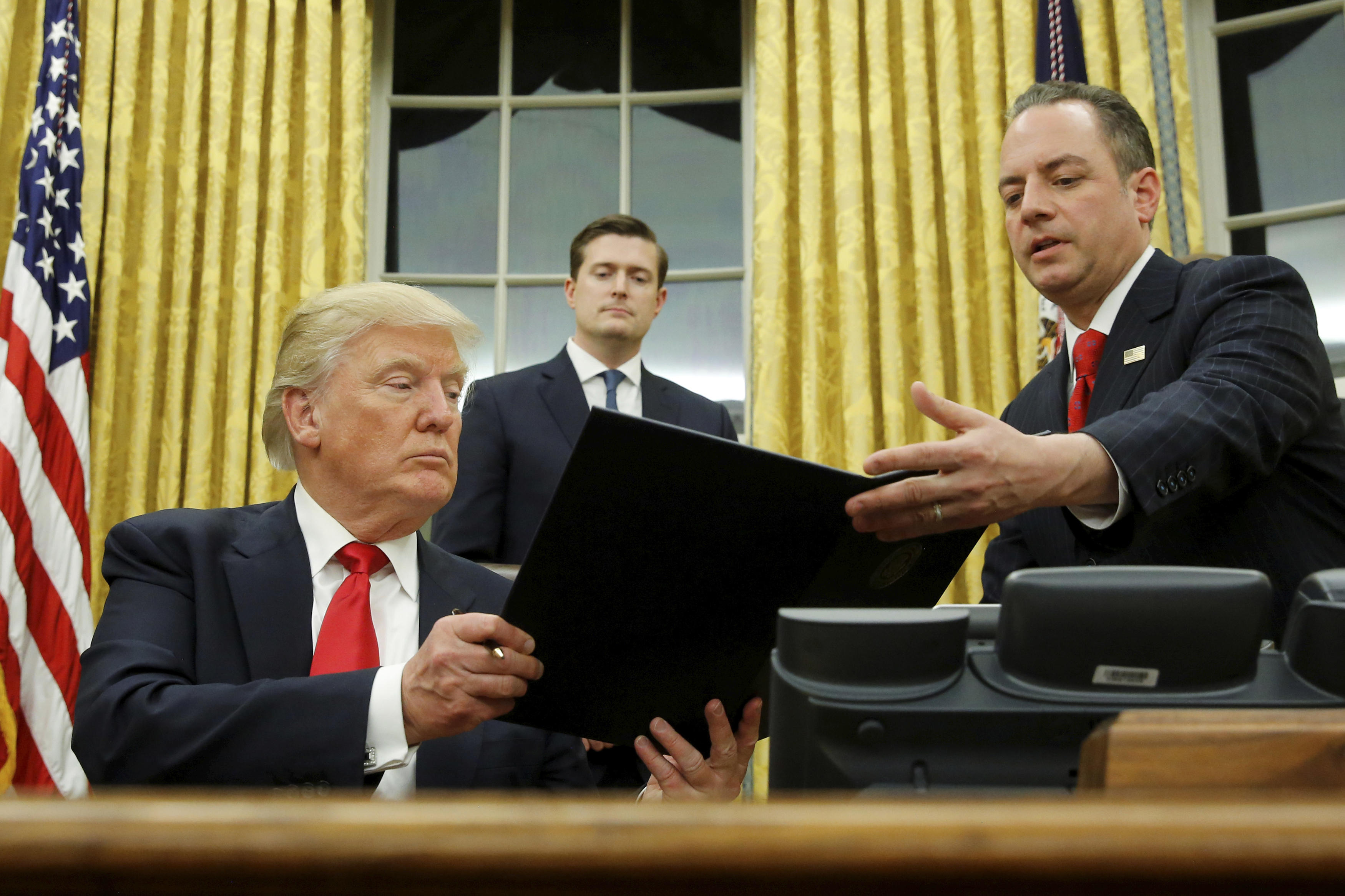 "Mr. Priebus was voluntarily interviewed by Special Counsel Mueller's team today," William Burck, Priebus' attorney, said in a statement to CBS News. "He was happy to answer all of their questions."

Mueller is investigating Russian election meddling and any ties to Trump associates, as well as the Russian business transactions of former Trump campaign chairman Paul Manafort and former National Security Adviser Michael Flynn. Politico, which first reported the interview, said Priebus had prepared for the interview for several weeks.

Priebus was chief of staff when President Trump suddenly fired FBI director James Comey in May, an incident which the president has indicated was related to the Russia investigation that was at the time being led by Comey.

He was also on the White House staff as the president was advising his son, Donald Trump Jr., on his statement about his June 2016 meeting with a Russian lawyer, which Trump Jr. thought would yield damaging information about Hillary Clinton.

Priebus was replaced by current chief of staff John Kelly this summer. Priebus worked as chairman of the Republican National Committee before coming to the White House. His tenure in Mr. Trump's White House lasted six months.

Mueller has convened a grand jury as a part of that investigation, and has a team of seasoned lawyers at his disposal.