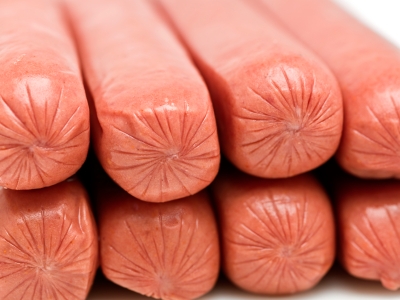 (CBS) What's for lunch? If you're health conscious, maybe you'll go for a fresh garden salad sprinkled with bacon bits or cubes of ham?

Well, guess what. The more processed red meat you consume, the more likely you may be to develop bladder cancer, a new study suggests.

When consumed in large quantities and over a long period of time, these twin preservatives increase the risk for bladder cancer, according to a new study published in the journal Cancer.

The study was based on dietary information on about 300,000 men and women between the ages of 50 and 71. Those whose diets contained the highest amounts of nitrate and nitrate from processed meats had an almost 30 percent increased risk for bladder cancer compared to those who consumed the smallest amounts of these compounds.

Despite the finding, the link between processed meat and bladder cancer should be considered tentative, lead researcher Dr. Amanda J. Cross, of the National Cancer Institute, said in a written statement. She said more research was needed to confirm the link.