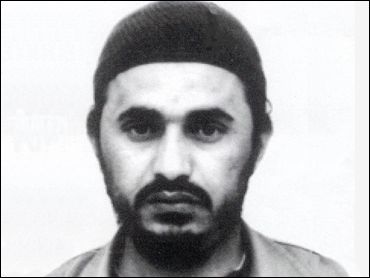 An extremist suspected of bloody suicide attacks in Iraq was killed some time ago, and a letter outlining plans for fomenting sectarian war is a forgery, a statement signed by a dozen alleged insurgent groups said.

In February, the U.S.-led coalition in Iraq made public an intercepted letter it said was written by Abu Musab al-Zarqawi to al Qaeda leaders, detailing a strategy of spectacular attacks to derail the planned June 30 handover of power to the Iraqis.

U.S. officials say al-Zarqawi may have been involved in some of the series of suicide bombings this year in Iraq — including the massive mosque bombings on Tuesday that killed more than 100 Shiite Muslims.

But according to a statement circulated this week in Fallujah, a hotbed of anti-U.S. insurgency activity, al-Zarqawi was killed in northern Iraq "during the American bombing there."

The Fallujah statement called the al-Zarqawi letter "fabricated," saying it has been used by the U.S.-run coalition "to back up their theory of a civil war" in Iraq.

The claim reflects the murky enemy U.S. troops are fighting in Iraq. American officials agree foreign fighters are now the main resistance. But determining who they are, and how they operate, has proven difficult.

The Washington Post reports violence and turnover have hampered the CIA as it tries to answer those question.