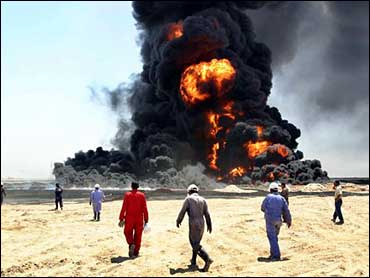 British forces in the southern city of Basra, also the site of recent fighting, held similar talks with al-Sadr officials there.

Both areas had erupted in violence after U.S. forces and al-Sadr's militants began fighting in the holy city of Najaf three weeks ago, and the talks Sunday appeared to be an effort by both sides to expand on the peace deal that ended the Najaf crisis Friday.

An agreement, at least in Sadr City, remained elusive, however, with al-Sadr's aides demanding a U.S. pullout from the neighborhood, a condition U.S. officials refused.