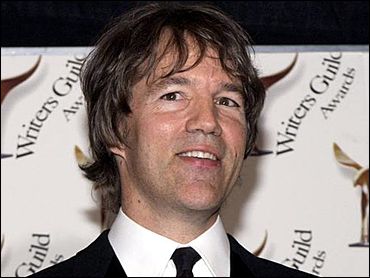 Producer David E. Kelley, who dramatized the law in "The Practice" and "Ally McBeal," has teamed up to create an NBC reality television show about lawyers.

Although his ABC drama "The Practice" once satirized reality TV, Kelley is joining with producers David Garfinkle and Jay Renfroe on the new series.

"It's a documentary meets a drama," Kelley told Daily Variety. "We'll have our own (team) of lawyers and they'll become our main characters."

The attorneys will try civil cases through binding legal arbitration that occurs outside a courtroom, with current or former judges and some sort of jury involved. The show is still being developed, NBC said.

The network has ordered eight episodes. No air date was announced.

Another law-based reality show is in the works: Fox's "The Partner," which will set up courtroom contests between attorneys, is tentatively set for a fall debut.

Kelley, once a Boston lawyer, worked at NBC as an executive producer on "L.A. Law." A revised "The Practice," titled "The Practice: Fleet Street," will air this fall on ABC with James Spader and William Shatner.