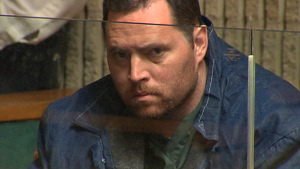 (CBS) BOSTON - An inmate who shot a deputy sheriff at a Boston hospital during a struggle over the officer's gun Wednesday had been planning an escape from jail, a law enforcement source told CBS Boston.

According to the station, an X-ray showed Raymond Wallace, 36, had swallowed a handcuff key.

Wallace was being taken for treatment at the Massachusetts Eye and Ear Infirmary when two officers from Middlesex County went to remove his handcuffs and Wallace grabbed for the gun of one of the officers, according to Boston Police Commissioner Ed Davis. During the struggle that followed, one of the deputies was shot in the leg.

The other deputy sheriff then fired his weapon, striking the prisoner in the chest, Davis said.

The wounded officer was taken to nearby Massachusetts General Hospital, where he was in stable condition. The inmate, who was taken to the same hospital in critical condition, is reportedly expected to survive.

He was scheduled to be arraigned Thursday but the Suffolk County District Attorney's office said he is unlikely to appear in court any time soon because of his medical condition.

Wallace, of Salem, had initially been in jail awaiting trial on armed robbery, masked robbery and firearms charges.

The shooting is still being investigated.