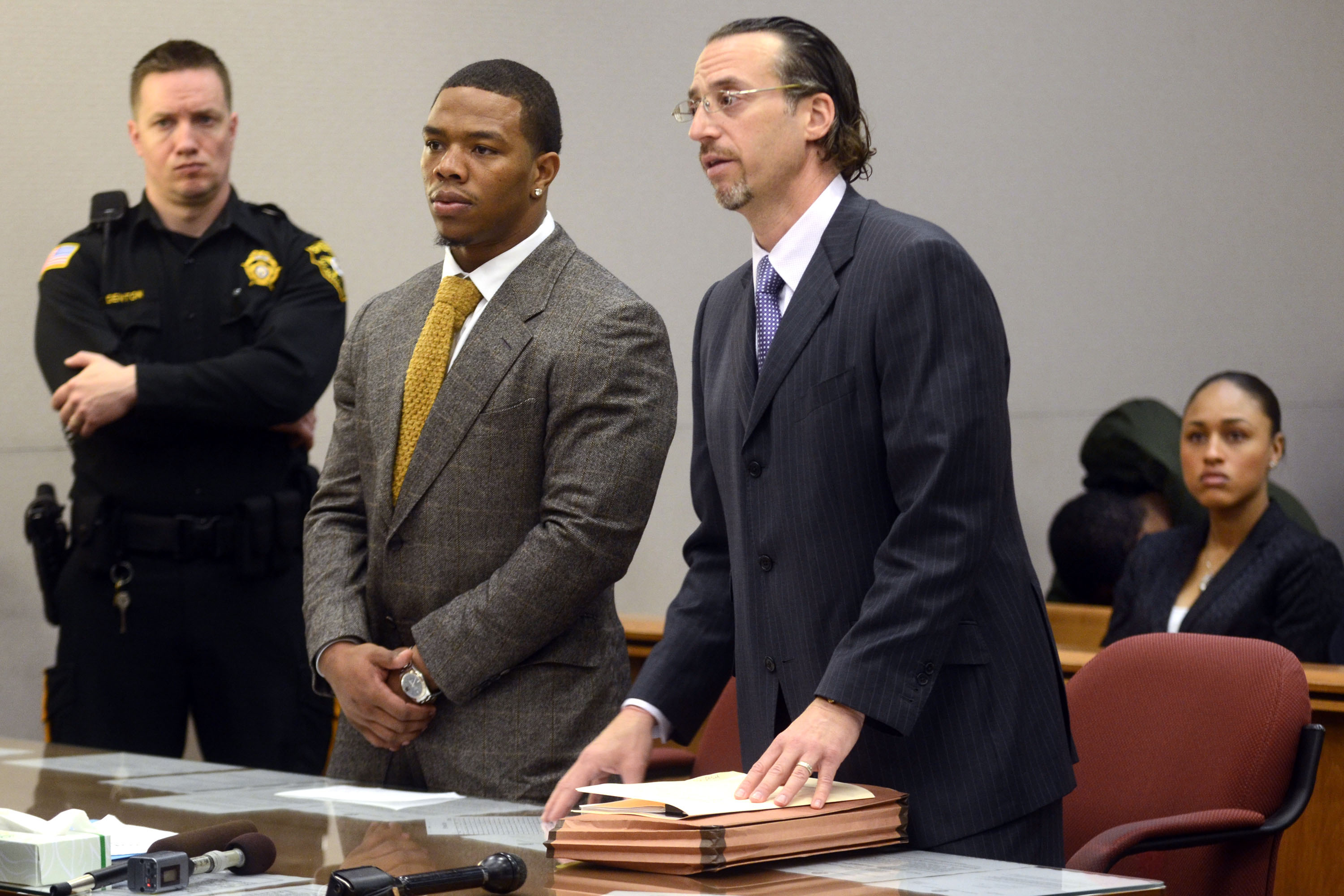 NFL all-pro Ray Rice planned to be back on the field next weekend. Instead, he is out of pro football.

The video is so shocking, the White House is talking about it.

Spokesman Josh Earnest said "hitting a woman is not something a real man does, and that's true whether or not an act of violence happens in the public eye, or far too often behind closed doors."

In the video obtained by TMZ, Ray Rice is first seen striking Janay Palmer. As she moves toward him, he hits her again. She bangs her head against a railing and is apparently knocked out cold. Rice then hovers above her, picking her up only after the elevator doors open.

The Ravens, who had stood by their star running back for months, finally had enough.

"It's something we saw for the first time today -- all of us," said John Harbaugh, Ravens head coach. "It changed things, of course."

"Domestic violence of any kind is not tolerated," said Ravens running back Justin Forsett.

The NFL said that it had asked to see all the videos from the incident, but prosecutors rejected the request. The league insisted no one in Commissioner Roger Goodell's office saw the video until it surfaced Monday.

"If we find out that Roger Goodell knew about this video and saw it, you really have to think about impeachment," Rhoden said. "Because this is completely -- I mean, it's beyond unacceptable."

Ever since TMZ released video in February showing Rice dragging Palmer's body out of the elevator, the NFL has been under fire for its handling of the matter.

In May, the Ravens organized a press conference where Palmer, now married to Rice, offered an apology.

"I do deeply regret the role that I played in the incident that night," she said.

Rice himself wasn't disciplined until July, when he received a two-game suspension.

"My actions are inexcusable," Rice said. "And that's something I have to ... live with the rest of my life."

The punishment was widely criticized as too lenient and after an outcry two weeks ago, Goodell announced he was stiffening penalties for domestic violence.

Rice had two years remaining on his five-year, $35 million contract extension. But the Ravens terminated that contract and do not owe him any more money.