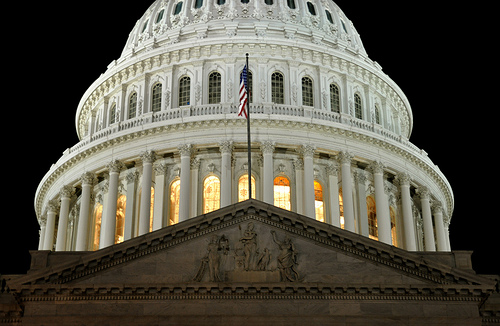 (MoneyWatch) COMMENTARY The interest rate for a popular federal student loan is about to double for millions of college students.

The prospects of this happening has prompted students to petition Congress to stop the dramatic rate hike. College students on Tuesday delivered petitions signed by 130,000 Americans to Congressional leaders.

The loan that is causing students to panic is the subsidized Stafford Loan, which low- and middle-income students depend upon. Currently the interest rate is 3.4 percent, but it is scheduled to jump to 6.8 percent when the new federal loan season begins July 1.

Students learn from their college or university if they qualify for a subsidized Stafford Loan after they complete the Free Application for Federal Student Aid (FAFSA). Besides the low interest rate, the federal government covers the interest payments on these loans until the borrowers have been out of college for six months.

In addition to the subsidized Stafford, there is a unsubsidized version that college students can qualify for regardless of their income. The interest rate on the less desirable Stafford has been at 6.8 percent for quite a few years.

President Obama has proposed extending the 3.4 percent interest rate for the subsidized Stafford for a year, which he said would end up saving 7.4 million borrowers an average of $1,000 in interest payments.

According to calculations made by the U.S. Public Interest Research Group, which delivered the petitions, students who borrow the maximum amount of subsidized loans ($23,000), would have to pay an extra $5,000 over a 10-year repayment period if the rate jumps.

When the Democrats took over the House of Representatives in 2007, they passed legislation that gradually lowered the rates on the subsidized loans to 3.4 percent. The Republicans, however, have since gained control of the House, making gridlock more common and creating less sympathy on Capitol Hill for student loan borrowers. Congress, for instance, has already eliminated subsidized Stafford Loans for graduate students.

If you want to protect these affordable loans, now is the time to contact your representatives in Congress.