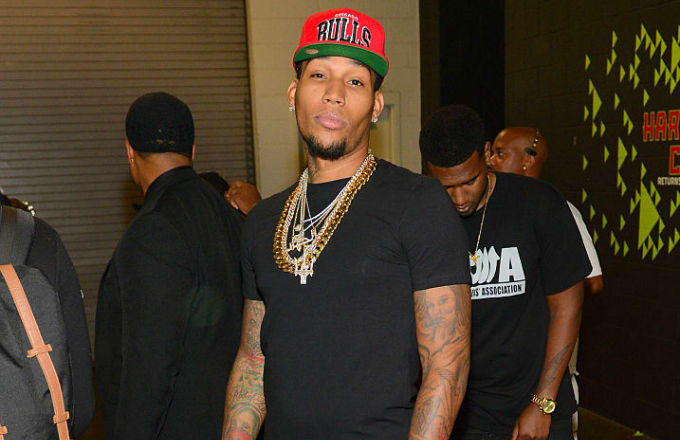 ATLANTA — An Atlanta rapper who previously claimed to have been shot on at least 11 different occasions -- and who in December, after being wounded, proclaimed "God made me bulletproof" -- was shot and killed Sunday, reports CBS affiliate WGCL-TV.

Jibril Abdur-Rahman, 28, who was better known as Yung Mazi, was found dead with multiple gunshot wounds inside the Urban Pie pizza shop in Atlanta's Kirkwood neighborhood, police said. The restaurant was less than 200 feet from a police station.

WGCL-TV reports that officers heard the gunshots, but the perpetrator got away before police arrived.

In a video posted to YouTube in June 2016, Abdur-Rahman said he had been shot 10 previous times. He said in the interview that he "keeps getting shot" in part due to his skin tone, the fact that "some people don't like real dudes," as well as the expensive accessories he wears.

"I might walk around with a quarter-million dollars worth of jewelry on," Abdur-Rahman said in the interview.

The rapper's "bulletproof" declaration came in a tweet after the 11th shooting, sent presumably from a hospital, just hours after he suffered a chest wound during an attack at a Waffle House last December. The tweet was later deleted.

According to his website, Abdur-Rahman was raised a devout Muslim, and was a father.

In one passage in his website's biography, Abdur-Rahman talked about recovering from a bullet wound to the head.

"When the bullet hit me in the head....it greatly affected me. I had to learn how to read, write, and speak all over again. I'm still not 100 percent right. I tried doing my daughter's elementary school homework and it was hard. I couldn't count money. My brother had to send text messages for me from my phone. It was deep," he said, according to his website.

In the hours since Abdur-Rahman's death, other Atlanta rappers have taken to social media to post tributes.

Police have not said if they have a suspect. No arrests have been made in the case.