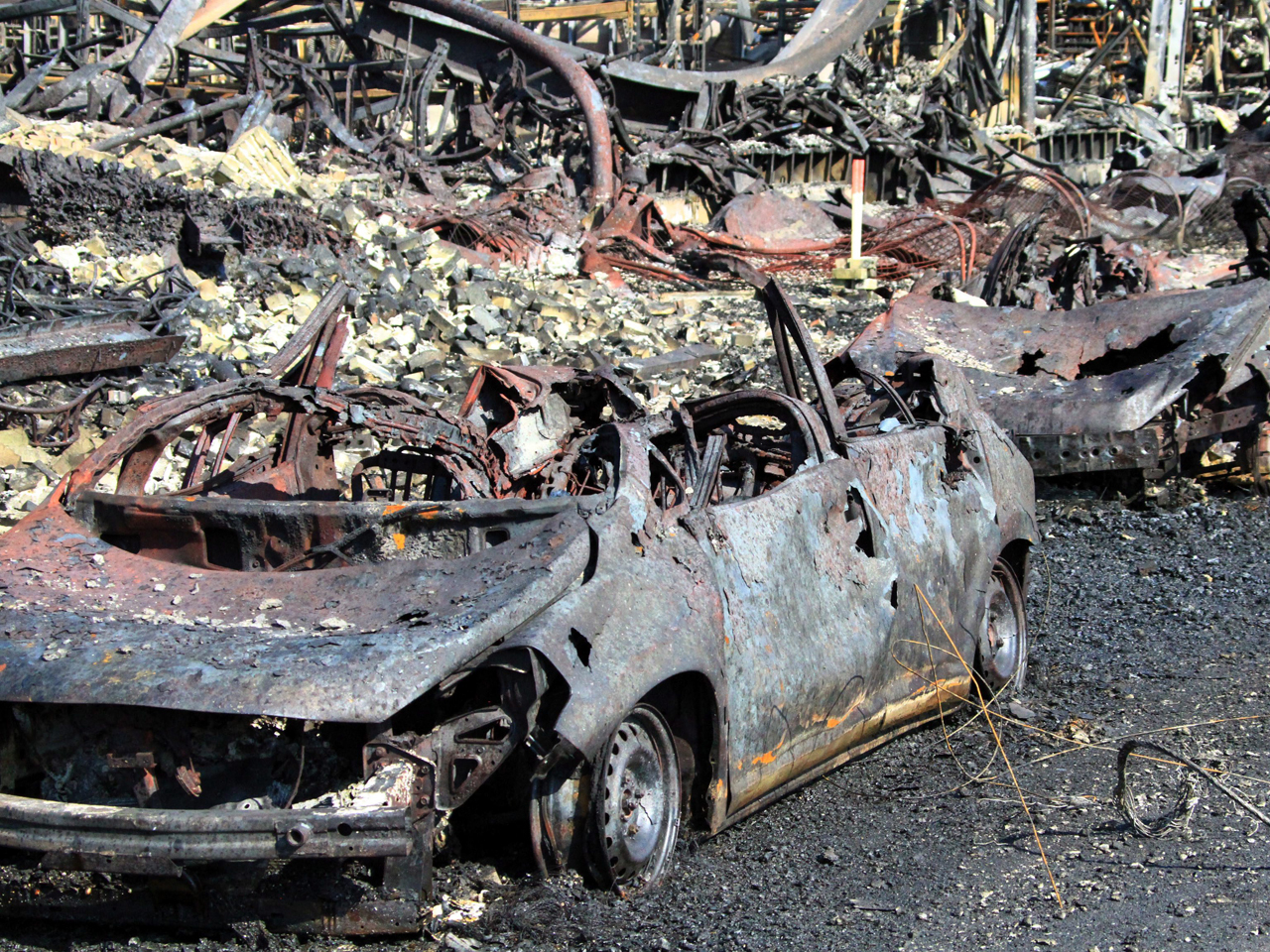 LAC-MEGANTIC, Quebec The head of a railway company whose train crashed into a Quebec town, killing at least 15 people, blamed the accident on an employee who he said had failed to properly set the brakes.

Edward Burkhardt, president and CEO of the railway's parent company, Rail World Inc., made his comments Wednesday during his first visit to the town where some 60 people remain missing following Saturday's fiery crash. He arrived with a police escort and was heckled by angry residents.

He said a train engineer has been suspended without pay and he "won't be working for us again."

"I think he did something wrong ... We think he applied some hand brakes but the question is did he apply enough of them," Burkhardt explained. "He said he applied 11 hand brakes we think that's not true. Initially we believed him but now we don't."

Burkhardt said that he had stayed in Chicago to deal with the crisis in his office, where he was better able to communicate with insurers and officials in different places during what he described as 20-hour work days.

The railway boss promised an energetic response to the humanitarian crisis.

At a press conference, shortly before Burkhardt was due to arrive in Lac-Megantic, Quebec Premier Pauline Marois faulted the company's response in the wake of the disaster.

"We have realized there are serious gaps from the railway company from not having been there and not communicating with the public," Marois said.

She also announced a $60-million fund to help victims in Lac-Megantic and to rebuild the town.

Quebec police inspector Michel Forget said they were pursuing a wide-ranging criminal investigation but had ruled out terrorism as a cause.

Forget said an array of other possibilities remain under investigation, including criminal negligence. Other officials have raised the possibility that the train was tampered with before the crash early Saturday.

"This is an enormous task ahead of us," Forget said. "We're not at the stage of arrests."

The heart of the town's central business district is being treated as a crime scene and remained cordoned off by police tape — not only the 30 buildings razed by the fire but also many adjacent blocks.

On downtown's main street — Rue de Laval — police positioned a truck near the perimeter of the no-go zone, which prevented news crews from getting direct photo and video views of the search operations being conducted by some 200 officers.

Police officials left no doubt that the hunt for the missing people was taxing — they said two officers were withdrawn from the sector because of worries about their physical condition.

The Montreal, Maine & Atlantic Railway train broke loose early Saturday and hurtled downhill through the darkness nearly seven miles before jumping the tracks at 63 mph in Lac-Megantic, in eastern Quebec near the Maine border, investigators said. All but one of the 73 cars were carrying oil. At least five exploded.

Rail dispatchers had no chance to warn anyone during the runaway train's 18-minute journey because they didn't know it was happening themselves, Transportation Safety Board officials said. Such warning systems are in place on busier lines but not on secondary lines, said TSB manager Ed Belkaloul.

At the center of the destruction is the Musi-Cafe, a popular bar that was filled at the time of the explosion, which also forced about 2,000 of the town's 6,000 residents from their homes. By Tuesday, only about 800 were still barred from returning to their houses, though residents were cautioned to boil tap water before drinking it.

Efforts continued to stop waves of crude oil spilled in the disaster from reaching the St. Lawrence River, the backbone of the province's water supply.

Investigators searching for a cause of the accident were looking closely at the fire that happened on the train less than an hour before it got loose while parked in the nearby town of Nantes.

The train's engine was shut down — standard operating procedure dictated by the train's owners, Nantes Fire Chief Patrick Lambert said. Burkhardt had earlier suggested that shutting off the locomotive to put out the fire might have disabled the brakes.

The accident has thrown a spotlight on MMA's safety record. Over the past decade, the company has consistently recorded a much higher accident rate than the national average in the U.S., according to data from the Federal Railroad Administration.

Last year, for instance, the railroad had 36.1 accidents per million miles traveled by its trains. The national average for 2012 was 14.6.

Before the Lac-Megantic accident, the company had 34 derailments since 2003, according to the federal agency. Over that period, the company was involved in five accidents that had reportable damage of more than $100,000.

The severity of those incidents, however, is difficult to determine from the federal agency's 10-year data overviews on railroad safety. But before the weekend accident, incidents involving the company's trains had resulted in just one death. That 2006 accident involved a vehicle that struck a moving train at a highway crossing.

Burkhardt said the figures were misleading.

"This is the only significant mainline derailment this company has had in the last 10 years. We've had, like most railroads, a number of smallish incidents, usually involving accidents in yard trackage and industry trackage," he told the CBC.