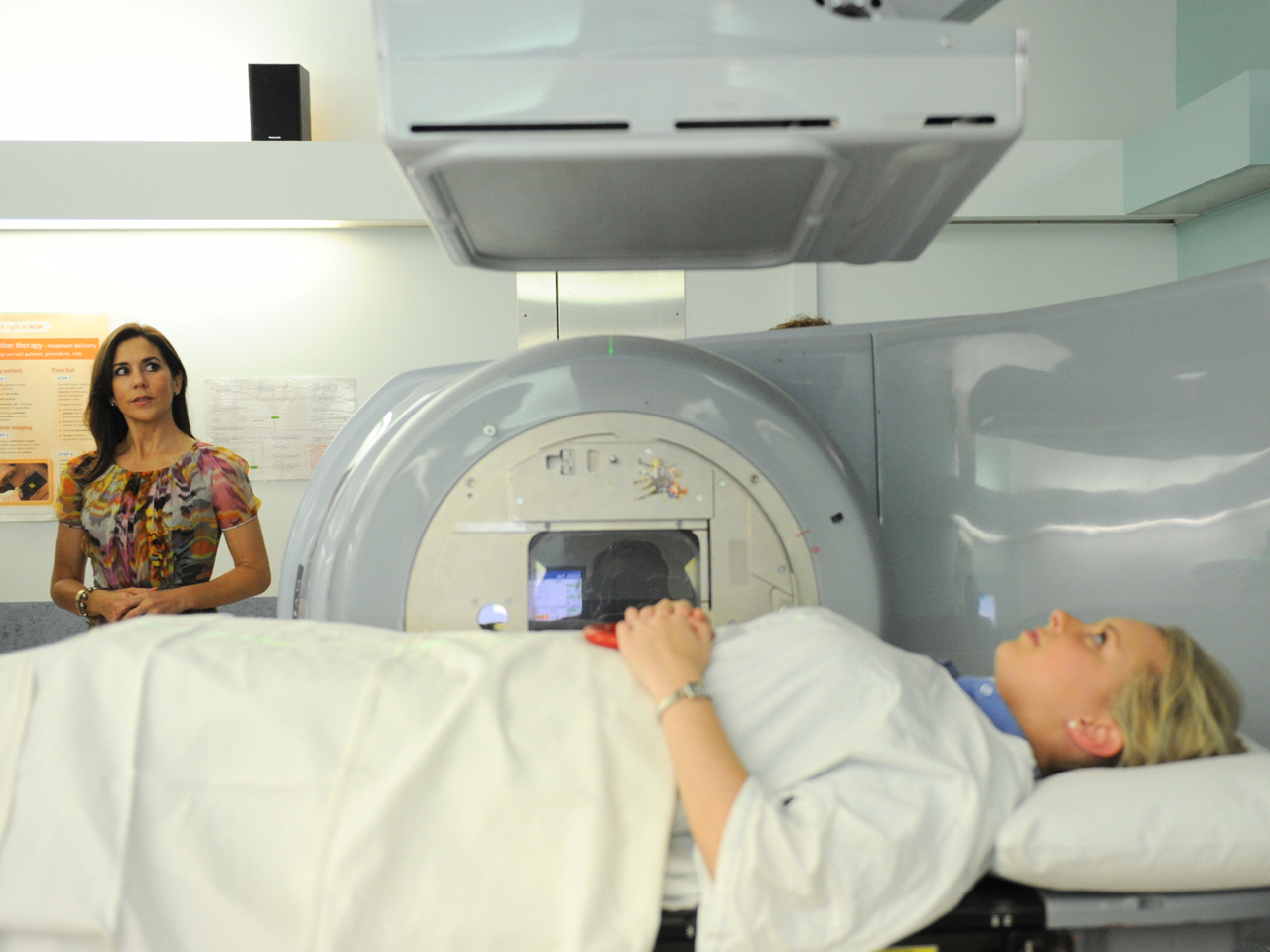 Women treated with radiation for breast cancer are more likely to develop heart problems later in life, even with the lower doses used today, a troubling new study suggests. The risk comes from any amount of radiation, starts five years after treatment and lasts for decades, doctors found.

Patients shouldn't panic -- radiation has improved cancer survival, and that is the top priority, doctors say. The chance of suffering a radiation-induced heart problem is fairly small.

For example, 4 to 5 of every 100 women who are 50 years old and free of heart risks will develop a major cardiac problem by age 80, and radiation treatment would add one more case, the research suggests.

Women also can do a lot to cut their risk by keeping weight, cholesterol and blood pressure under control.

"It would be a real tragedy if this put women off having radiotherapy for breast cancer," study author Dr. Sarah Darby, a professor of medical statistics at the University of Oxford in Britain, told the New York Times.

Still, the study, published March 14 in the New England Journal of Medicine, reveals that the potential harm from radiation runs deeper than many medical experts may have realized, especially for women who already have cardiac risk factors such as diabetes.

And it comes amid greater awareness of overtreatment -- that many women are being treated for cancers that would never prove fatal, leading to trouble down the road such as heart disease.

Some chemotherapy drugs are known to harm the heart muscle, but the new study shows radiation can hurt arteries, making them prone to harden and clog and cause a heart attack. Women who receive both treatments have both types of risk.

The study "will raise the antenna" about the need to do more to prevent this, said Dr. David Slosky, a cardiologist at Vanderbilt University, one of the growing number of medical centers with special "cardio-oncology" programs for cancer survivors.

With today's lower radiation doses, "it is less of a problem, but it is not going away," he said.

The artery-related problems that the study tracked may be just the most visible of many risks because radiation also can cause valve, rhythm and other heart troubles, said Dr. Javid Moslehi, co-director of the cardio-oncology program at the Dana-Farber Cancer Institute in Boston.

Like cancer, heart disease develops after "a number of strikes that go against you," such as high cholesterol, he said. "The radiation is just another hit."

He wrote in an accompanying editorial that appears with the study. British government agencies and private foundations paid for the research.

The new findings "may be just the tip of the iceberg," Moslehi told HealthDay.

Breast cancer is the most common cancer in women -- more than a million cases are diagnosed each year worldwide. When it's confined to the breast, most women get surgery to remove the lump, followed by several weeks of radiation to kill any lingering cancer cells and sometimes hormone or chemotherapy.

What heart disease risks come from what specific doses isn't known. The new study, led by Dr. Sarah Darby of the University of Oxford in England, sought to measure that.

It involved 2,168 breast cancer patients from Sweden and Denmark diagnosed between 1958 and 2001 and treated with radiation. They included 963 women who suffered a heart attack, needed an artery-opening procedure or died of heart artery-related causes in the years after their radiation treatment. The other 1,205 were similar patients who did not develop these heart problems.

Researchers compared the women's radiation exposures using gray units, a measure of how much is absorbed by the body. They used hospital records and treatment plans to figure how many gray units actually reached each woman's heart and one artery often involved in heart attacks.

Most women treated today get doses that result in 1 to 5 gray units reaching the heart -- more if the cancer is in the left breast. Patients in the study got an average of five gray units; the doses ranged from 1 to 28.

The risk of a heart attack, need for an artery-opening procedure or dying of heart disease rose about 7 percent per gray unit and no "safe" level was seen. The risk started to rise within five years of treatment and continued for at least 20 years.

Don't forgo radiation if it's recommended because it is lifesaving and doctors increasingly have ways to shield the heart from exposure, said Dr. Bruce Haffty, associate director of the Cancer Institute of New Jersey and president-elect of ASTRO, the American Society for Radiation Oncology.

"Whatever cardiac risks may be there, they are outweighed by the cancer benefit," he said.

Some centers have special tables that women lie on face-down with holes for the breast to hang through. That allows radiation to be delivered just to that tissue rather than the wider chest area that gets irradiated when a woman lies face-up on a table.

Women need to tell any doctor treating them about radiation they have received in the past. It may mean they should avoid diagnostic tests that use radiation and instead have ultrasounds and MRI, or magnetic resonance imaging, whenever possible, Slosky said.

Some places are starting to use electronic medical records to track radiation exposure over a patient's lifetime, so the cumulative dose is known regardless of who ordered what test and when.

"I'd like to have a personal record like a personal dosimeter" for each patient, Slosky said. "Then you'd know" what risks they face and what tests are safe for them in the future.