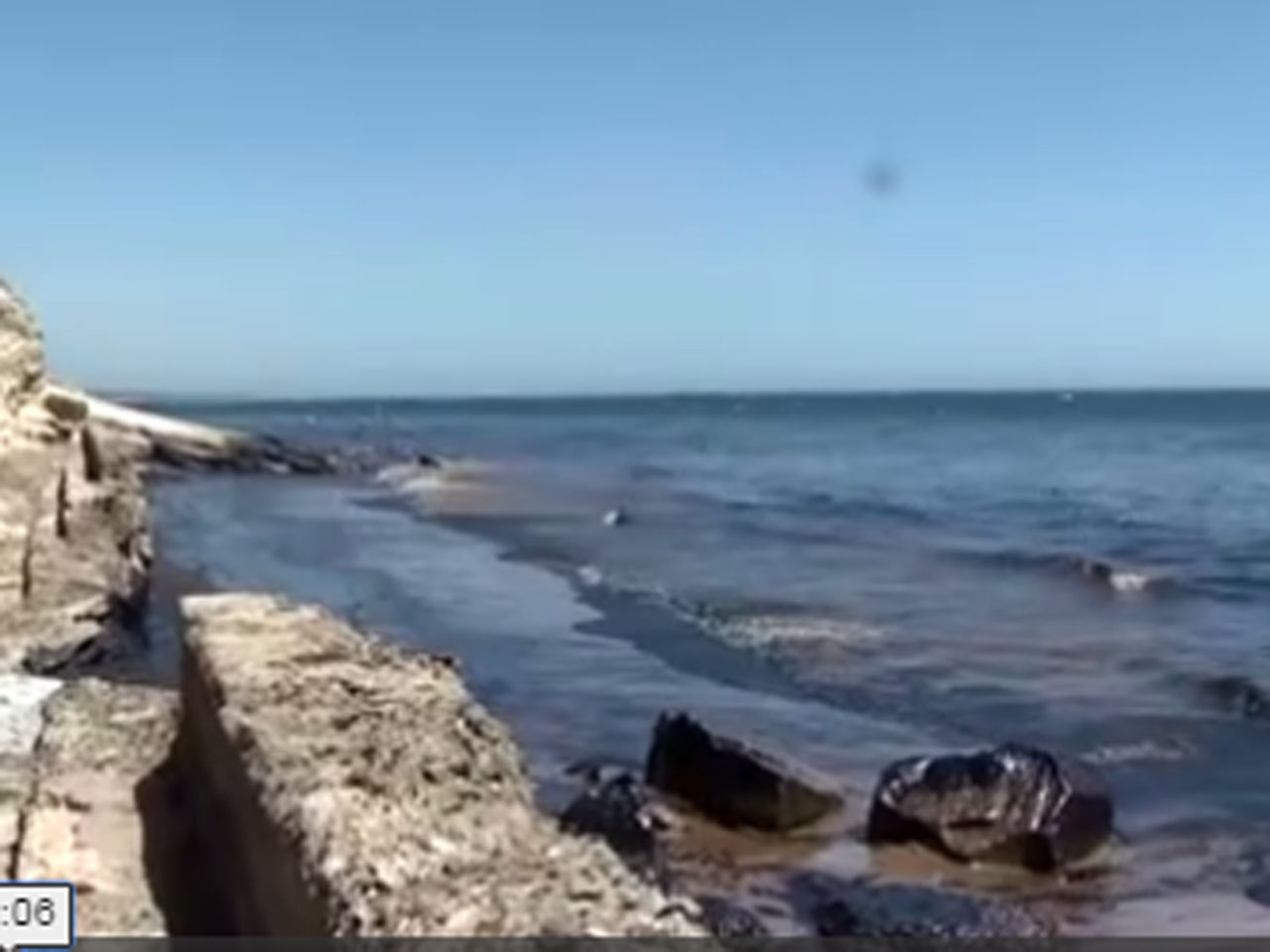 GOLETA, Calif. -- A broken onshore pipeline spewed oil down a storm drain and into the Pacific Ocean for several hours before it was shut off, creating a slick some 4 miles long off a scenic stretch of central California coastline and soiling a beach, officials said.

Initial estimates put the spill at about 21,000 gallons Tuesday, but that figure would likely change after a Wednesday morning flyover gave a better sense of the spill's scope, U.S. Coast Guard spokeswoman Jennifer Williams said.

The spill was about 20 miles northwest of the pricey seaside real estate of Santa Barbara, and the Coast Guard said overnight winds were likely to push it 2 to 4 miles closer.

Authorities responding to reports of a foul smell near Refugio State Beach around noon found a half-mile slick already formed in the ocean, Santa Barbara County Fire Capt. Dave Zaniboni said. They traced the oil to the onshore pipeline that spilled into a culvert running under the U.S. 101 freeway and into a storm drain that empties into the ocean.

The pipeline was shut off about three hours later but by then, the slick stretched four miles and 50 yards into the water.

The beach was closed just ahead of the Memorial Day weekend.

CBS News correspondent Ben Tracy reported from the beach in Goleta Wednesday morning that the sand was coated with oil and the strong smell of oil was still hanging in the air as cleanup efforts were intensifying.

The 24-inch pipeline is owned by Plains All American Pipeline, which said it shut down the flow of oil and the culvert carrying the oil to the ocean was blocked.

"Plains deeply regrets this release has occurred and is making every effort to limit its environmental impact," the company said in a statement.

Cleanup contractors will calculate how much oil spilled to help determine how much Plains All American Pipeline will be fined, Tracy added.

"We're going to look for the best way and the most environmentally friendly way to mitigate the oil spill and get the beach back to its prestine condition," said Capt. Jennifer Williams, the federal on-scene coordinator for Coast Guard.

The Coast Guard, county emergency officials and state parks officials were cleaning up the spill. Boats from the nonprofit collective Clean Seas also were providing help but were having trouble because so much of the oil was so close to the shore, Williams said. About 850 gallons of oil have been recovered from the water, Williams said.

The accident occurred on the same stretch of coastline as a 1969 spill that at the time was the largest ever in U.S. waters and is credited for giving rise to the American environmental movement. Several hundred thousand gallons spilled from a blowout on an oil platform and thousands of sea birds were killed along with many marine mammals.

The stretch of coastline is home to offshore oil rigs and small amounts of tar and seepage regularly show up on beaches.

The spill is largest in years and the Santa Barbara-based Environmental Defense Center said to have it occur in "a sensitive and treasured environment is devastating to watch." The group expressed special worry for the many species of whale that migrate through the area.

Helicopters were trying to scare away whales swimming dangerously close to the slick, Tracy reported.

It was unclear how long the cleanup would take and whether Refugio and other areas would be reopened in time for Memorial Day weekend.