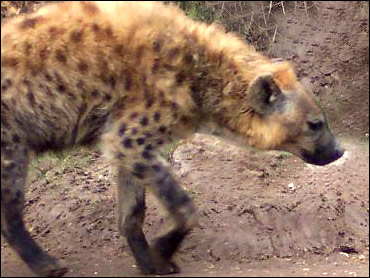 Police and wildlife rangers tracked down and killed a rabid hyena that mauled to death nine people and injured 15 in rural Malawi, officials said Wednesday.

The attacks began early Monday in the central district of Dedza, about 43 miles south of the capital, Lilongwe.

Villagers armed with axes and knives cornered the animal Monday night, but failed to kill it, prompting rumors that witchcraft was involved. The team sent by local authorities shot the hyena the following day, police spokesman Ramsy Mushani said.

The animal's victims ranged in age between 5 and 65, hospital officials said.

One tearful man described to journalists how the animal ripped into his 18-year-old son.

"He told me he was dying, but there was nothing I could do to save him," said the man, who did not give his name.

Hundreds of frightened villagers sought refuge at a primary school, and many are still too afraid to go home, Mushani said. Police and rangers were patrolling three villages to reassure them.