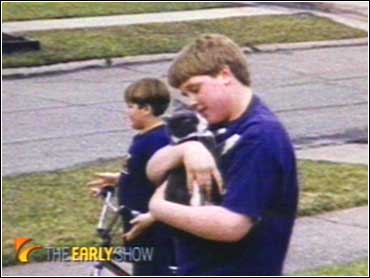 Ritalin is no stranger to controversy, reports CBS News Medical Correspondent Elizabeth Kaledin. As the most widely used drug to treat Attention Deficit Hyperactivity Disorder in children, it has been criticized for being a quick fix for behavioral problems -- and for being vastly over-prescribed.

But now, the drug is being blamed for the most serious side effect: death. And questions are being raised about its safety.

Matthew Smith took Ritalin from the age 6 to the day he died, at age 14.

"He said 'I don't want to take it, it makes me feel stoned,'" Matthew's father, Larry Smith, said. "He took it because we told him he needed to take it."

Smith and his wife, Kelly, told CBS News that their son's general health was fine. "Matthew was a healthy, very active, 14-year-old. No one would suspect he would have any problems, such as this," said Mrs. Smith.

On March 21, Matthew collapsed at home and was never revived.

After an autopsy, the medical examiner's conclusion was that Matthew's heart had been damaged by "long-term use of methylphenedate," the generic name for Ritalin.

"What we are left with is a 14-year-old child with dramatic charges in the heart and ten years of exposure to a stimulant of this kind," said forensic pathologist Dr. L.J. Dragovic.

Ritalin is in the same class of drug as amphetamines -- like speed or methamphetamine -- which stimulate the central nervous system.

After studying Ritalin, the American Heart Association recently determined that children who take it do not need routine cardiac screening. But possible side effects listed on the package insert do include abnormal or rapid heartbeat and chest pain.

Pediatric cardiologist Dr. Micheal Artman says those side effects are extremely rare. Millions of children take it, he says, without any problems at all.

"I think it's a bit of an overstatement to link the use of Ritalin to the unfortunate death of this child," Artman said.

But Larry Smith said he is "absolutely convinced" Ritalin killed his son.

The report on Matthew Smith's death has been sent on to the Food and Drug Administration, which will try to determine if this heartbreaking story means Ritalin's long term effects on the heart need to be investigated further.

The Smiths' attorney is Geoffrey Feiger, who gained fame as the lawyer for assisted suicide advocate Jack Kevorkian and defended a pre-teen murderer. After examining the medical examiner's report, he believes that the parents have a case for a lawsuit. He also expects the pharmaceutical companies and the doctors to align against him.

"We're now reaching a period in our history, I guess, where children have been taking this drug for a long period of time, and it had never occurred before. It appears, at least in Matthew's case, that this was a silent killer," Feiger said.

The Smiths offered advice to parents whose children might be o Ritalin.

"Hopefully you can find an alternative of therapy for your child. I hope teachers can hear this, and if you have a child with ADD or ADHD, there needs to be more responsibility. Give him a big hug and tell him it's going to be all right," said Mrs. Smith

"If you have a child that's on Ritalin, consider taking him to a pediatric cardiologist to have extensive testing done to make sure that there's no damage you know. I'd hate to have what happened to our family to happen to anybody else's child or family," added Mr. Smith.