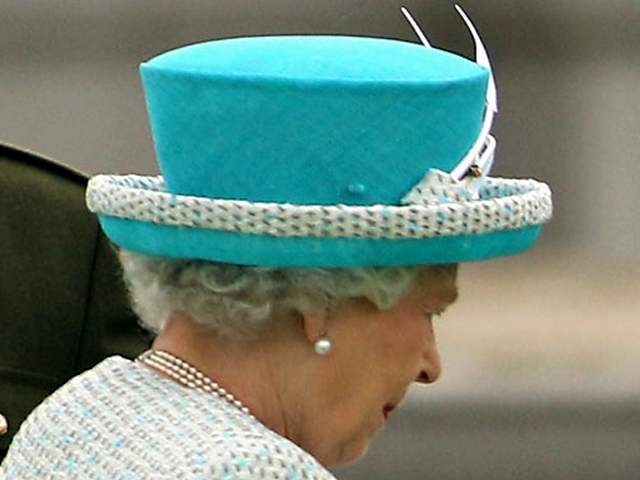 DUBLIN - Queen Elizabeth II's journey of reconciliation to Ireland took her to the site Wednesday of a notorious massacre where British troops killed 14 Irish civilians in 1920.

The queen's visit to Croke Park on the second day of her historic trip highlighted the mellowing in Anglo-Irish relations since those dark days. The large sports stadium is a revered spot for Irish nationalists who mourn those who died there during the conflict with Britain.

This was the site of the original "Bloody Sunday," a day when British forces opened fire on civilians at a major sporting match between Dublin and Tipperary. It has never been forgotten, but the queen's visit was seen by some as a step toward healing.

"I suppose I never thought this would happen, but I hoped," said Tadhg Meehan, a secretary of the Gaelic Athletic Association that hosted the queen's visit.

The queen did not speak at the event, but she is expected to address the difficult history of the two nations at a state dinner Wednesday evening hosted by Irish President Mary McAleese.

The 82,000 seats at Croke Stadium were empty, a sign of the extensive security in place for the controversial visit, which has been denounced by some dissident groups. A brass band played, its sounds echoing off the stadium walls.

In a brief talk at the Hogan Room inside the stadium, Gaelic Athletic Association President Christy Cooney welcomed the queen and her husband, Prince Philip, but mentioned the people who died at the stadium on Bloody Sunday.

Still, he emphasized the warm relations that now exist between the two countries.

Nickey Brennan, a past president of the association, said the queen's presence at the massacre site would resonate throughout Ireland.

"To have Her Majesty here today is a very important milestone," he said. "It shows how much we've all moved on."

Queen Elizabeth II's decision to make an appearance in Croke Park was part of her larger plan to use this trip to show understanding and awareness of the issues that have often separated these two neighboring countries.

Not every stop was so fraught. The queen and Philip began the day with a visit to the Guinness Storehouse, one of Ireland's most popular sites, and its famous Gravity Bar, which offers a panoramic view of Dublin.

Master brewer Fergal Murray expertly prepared a pint of Guinness for the queen in the Gravity Bar, but she declined after smiling broadly. Philip gazed at the brew with obvious longing but also walked away without a taste.

My goodness! Queen passes on Guinness pint
Photos: The Queen in Ireland

Earlier, he had joked with Murray, "Is it made with Liffey water?" referring to the nearby river.

The Guinness tour struck a light note on an otherwise serious visit. The queen, in an ivory outfit with oversize blue buttons that matched her hat, went directly from the Guinness building for a meeting with Irish Prime Minister Enda Kenny.

British Prime Minister David Cameron also traveled to Dublin on Wednesday for a meeting with Kenny and to attend the state dinner.

The queen and McAleese also laid wreaths at the Irish National War Memorial Garden on Wednesday, much as they did the day before at the Garden of Remembrance honoring Irish rebels who fought against British rule.

The war memorial garden on the south bank of the River Liffey is dedicated to the 49,400 Irish soldiers who died in World War I. The queen also viewed an illustrated manuscript listing all of the victims.

The World War I memorial garden was chosen as a way to emphasize the shared history of Ireland and Britain.

The queen is receiving high marks from the Irish press for her dignified conduct during her long-anticipated visit. Many also approved of her arrival outfit, which emphasized emerald green.

The Irish Daily Mail noted the widespread respect for the queen's decision to honor Ireland's rebels on her first day in Dublin by laying a wreath at the Garden of Remembrance.

"With one momentary bow of the head, Queen Elizabeth II banished centuries of mistrust yesterday in a historic first visit to the Republic of Ireland by a reigning British monarch," wrote journalist Senan Molony.

Despite the friendly welcome, the queen is still being protected by an exceptionally large security contingent of more than 8,500 police backed by troops. Some arrests were made overnight, and much of downtown Dublin was closed to motorists and pedestrians Wednesday.

On Thursday, the queen plans to visit the Irish National Stud to indulge her love of horses. She also hosts a gala dinner for Irish dignitaries Thursday evening before traveling to Cork on Friday.