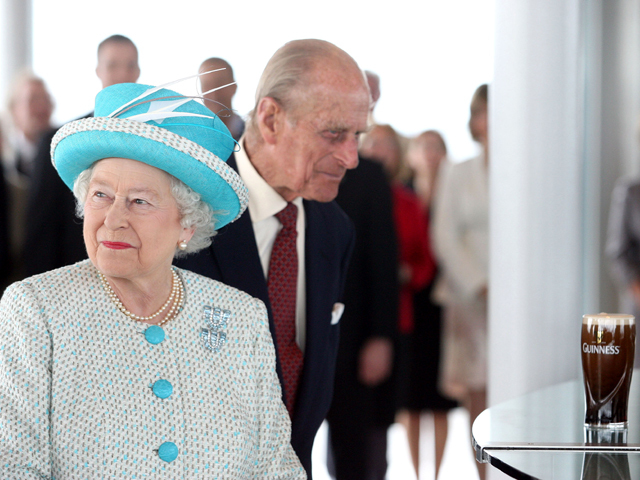 Perhaps her majesty only enjoys the so-called perfect pint when she's throwing darts.

Queen Elizabeth II turned down one on the house Wednesday while touring the Guinness Storehouse in Dublin during her historic four-day tour of Ireland.

Master brewer Fergal Murray poured her and husband Prince Philip each a pint of the legendary stout in the brewery's famous Gravity Bar overlooking the Irish capital.

Both royals looked at Murray's pour -- The Associated Press noted Philip gazed "with obvious longing" -- but politely declined without taking a taste.

"Is it made with Liffey water?" Philip jokingly asked Murray in a reference to the river, according to the AP.

The royal couple possibly passed on taking a sip to prevent their breath from smelling like beer during their next event, a meeting with Irish Prime Minister Enda Kenny.