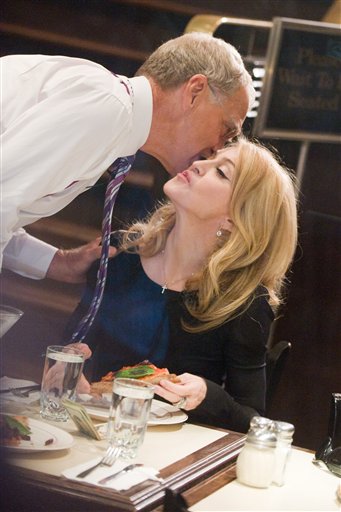 As an award-winning musician and Oscar-nominated actress, Queen Latifah is already a role model for women worldwide.

Queen Latifah visited The Early Show to use her status to kick off a campaign that she hopes will inspire and empower women of all sizes around the country.

The "Curvation Celebration" campaign (in partnership with the Curvation line of lingerie), says Queen Latifah, celebrates women with curves. It aims to promote and honor women who have made a significant difference in another woman's life by helping her achieve her goals and become a strong.

Queen Latifah is known by fans to produce strong message of empowerment to women and girls through song lyrics, motivational speeches and inspirational books.

The musician/actress attributes her strong self-image and success to her mother, Rita Owens, because she believed in her daughter and constantly gave her positive words of encouragement.

Now, Queen Latifah will like to recognize other women who perform similar selfless acts to help other women. Queen Latifah and Curvation are inviting women of all ages across the country to nominate one woman (i.e. mother, co-worker, mentor) who has impacted their life.

To enter, women must submit an essay that explains (in 250 words or less) why their nominee deserves to be celebrated. The winner and nominee will win an all-expense paid trip to New York, and the opportunity to be interviewed by Grace Woman magazine, which may feature the winner's story.

Additionally, as part of the "Curvation Celebration" Campaign, a donation of ten cents for each Curvation lingerie sold will be donated to the Lancelot H. Owens Scholarship Foundation, Inc., founded by Queen Latifah in honor of her late brother, Lance Owens, who died in an accident on the motorcycle Latifah bought for him as a present. She still wears the motorcycle key around her neck. Queen Latifah says the foundation empowers promising minority youth by providing educational and leadership opportunities to help them achieve their goals and feel confident in who they are.

Since her movie success in "Chicago" and "Bringing Down the House," Queen Latifah hasn't taken a break from her film work.

She will be making a cameo appearance in "Scary Movie 3," and next year's "Barbershop 2," in preparation for her starring performance in "Beauty Shop," a spin-off of the Ice Cube's "Barbershop" series.

Queen Latifah is also set to start production on the film "Taxi" with Saturday Night Live's Jimmy Fallon, "Bad Girls" with Jada Pinkett-Smith and 2004's "My Wife Is A Gangster."

And, not abandoning her musical roots, Queen Latifah has a rap and jazz standard CDs in preparaton to be released in the future.

Recipes From The Napa Valley

If Aggressive Dog Threatens You, Know What to Do
View CBS News In
CBS News App Open
Chrome Safari Continue
Be the first to know
Get browser notifications for breaking news, live events, and exclusive reporting.