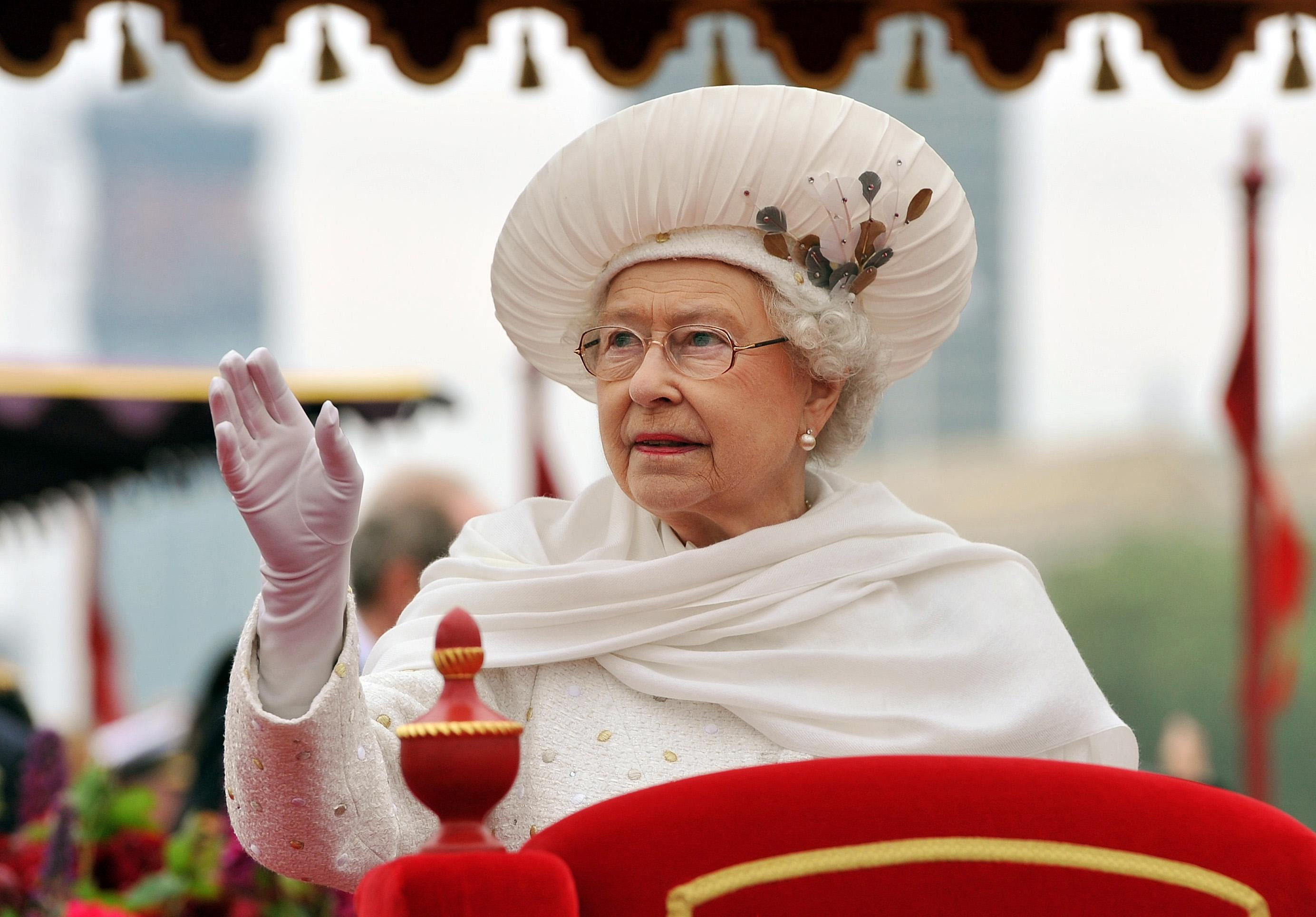 (AP) LONDON - The River Thames became a royal highway Sunday, as Queen Elizabeth II led a motley but majestic flotilla of more than 1,000 vessels in a waterborne pageant to mark her Diamond Jubilee.

In a colorful salute to the island nation's maritime past, an armada of skiffs and sailboats, rowboats and paddle steamers joined a flower-festooned royal barge down a 7-mile stretch of London's river.

With a crowd of rain-soaked spectators estimated by organizers at 1.25 million cheering from the riverbanks, the pageant was the largest public event in four days of celebrations of the monarch's 60 years on the throne. On Monday, the queen will join thousands of revelers at an outdoor concert beside Buckingham Palace, headlined by pop royalty including Paul McCartney and Elton John.

With any luck, the weather will improve. Sunday was dismal and damp, with rain scuttling plans for a ceremonial fly past, but that didn't stop Union Jack-waving spectators forming a red, white and blue wave along the pageant route.

"It would have been wonderful if it had been sunny like last Sunday but we have come prepared," said 57-year-old Christine Steele. "We have got blankets, brollies (umbrellas), flags and bunting. We even got our glittery Union Jack hats and wigs, and the Champagne is on ice."

The 86-year-old queen wore a silver and white dress and matching coat - embroidered with gold, silver and ivory spots and embellished with Swarovski crystals to evoke the river - for her trip aboard the barge Spirit of Chartwell, decorated for the occasion in regal red, gold and purple velvet.

The queen's grandson, Prince William, and his wife, the Duchess of Cambridge - he in his Royal Air Force uniform, she in a red Alexander McQueen dress - and William's brother, Prince Harry, were among senior royals who joined the queen and her husband, Prince Philip.

After a celebratory peal of bells from a special belfry barge, the royal boat sailed downstream at a stately 4 knots (4.6 mph), accompanied by tugs, pleasure craft, narrow boats, kayaks, gondolas, dragon boats and even a replica Viking longboat.

Also in the flotilla were more than three dozen "Dunkirk Little Ships," private boats that rescued thousands of British soldiers from the beaches of France after the German invasion in 1940 - a defeat that became a major victory for wartime morale.

The vessels sailed past some of London's great landmarks - including the Houses of Parliament, the London Eye and St. Paul's Cathedral - before ending their journey near Tower Bridge. Downriver, sailing ships too tall to fit under London's bridges were moored along both banks of the river.

The queen traveled down a river transformed during her reign, from the commercial and industrial heart of London to a - much cleaner - playground for tourists and pleasure craft.

"CBS This Morning" co-host Erica Hill reported on the flotilla on the broadcast on Monday. To see her report, click on the video in the player above.

The pageant evoked a time when it was vital to London, and to Britain. Monarchs used the river as their main highway for centuries, and river processions were once common in London. The last comparable royal pageant was held for King Charles II in 1662, when diarist Samuel Pepys recorded boats so numerous he could "see no water."

At Tower Bridge - the final bridge before the river reaches the sea - a fanfare rang out and the two blue arms known as bascules were raised in salute to the royal boat.

The pageant was a visual spectacle, accompanied by a wall of sound. The river rang with spectators' cheers, ships' horns, church bells and the sound of barge-borne bands playing everything from Handel's "Water Music" to Bollywood anthems and - as the vessels passed the headquarters of the MI6 spy agency - the James Bond theme.

The pageant ended with a slightly soggy burst of fireworks over Tower Bridge - and news from Guinness World Records that it had broken the record for largest parade of boats.

The four-day Diamond Jubilee celebrations also included thousands of street parties across the country on Sunday. Prince Charles and his wife Camilla, Duchess of Cornwall, joined hundreds of people for a damp al fresco lunch on Piccadilly, one of London's main shopping streets.

But a lunch organized by Prime Minister David Cameron's staff in Downing St. was moved indoors because of the rain.

Not everyone in Britain was celebrating. Hundreds anti-monarchists held a riverbank protest to oppose the wave of jubilee-mania - though their chants were quickly countered by renditions of "God Save the Queen" from pageant-goers.

"People are sick and tired of being told they must celebrate 60 years of one very privileged, very remote and very uninspiring head of state," said Graham Smith of the anti-monarchist group Republic. "The hereditary system is offensive to all the democratic values this country has fought for in the past."

Jubilee celebrations kicked off Saturday with a royal day at the races, as the queen - a racing fan and horse breeder - watched a horse with the courtly name of Camelot win the Epsom Derby.

The events end Tuesday with a religious service at St. Paul's Cathedral, a carriage procession through the streets of London and the queen's appearance with her children, grandchildren and great-grandchildren on the palace balcony.

The queen took the throne in 1952 on the death of her father, King George VI, and most Britons have known no other monarch.

Many who stood in the rain for hours along the river Sunday for glimpse of their monarch said it had been worth it.

"It really was exciting, it's one of those moments, said 41-year-old Sarah O'Connor. "She's on our stamps, our coins, our post boxes - she is our queen. God save the queen."