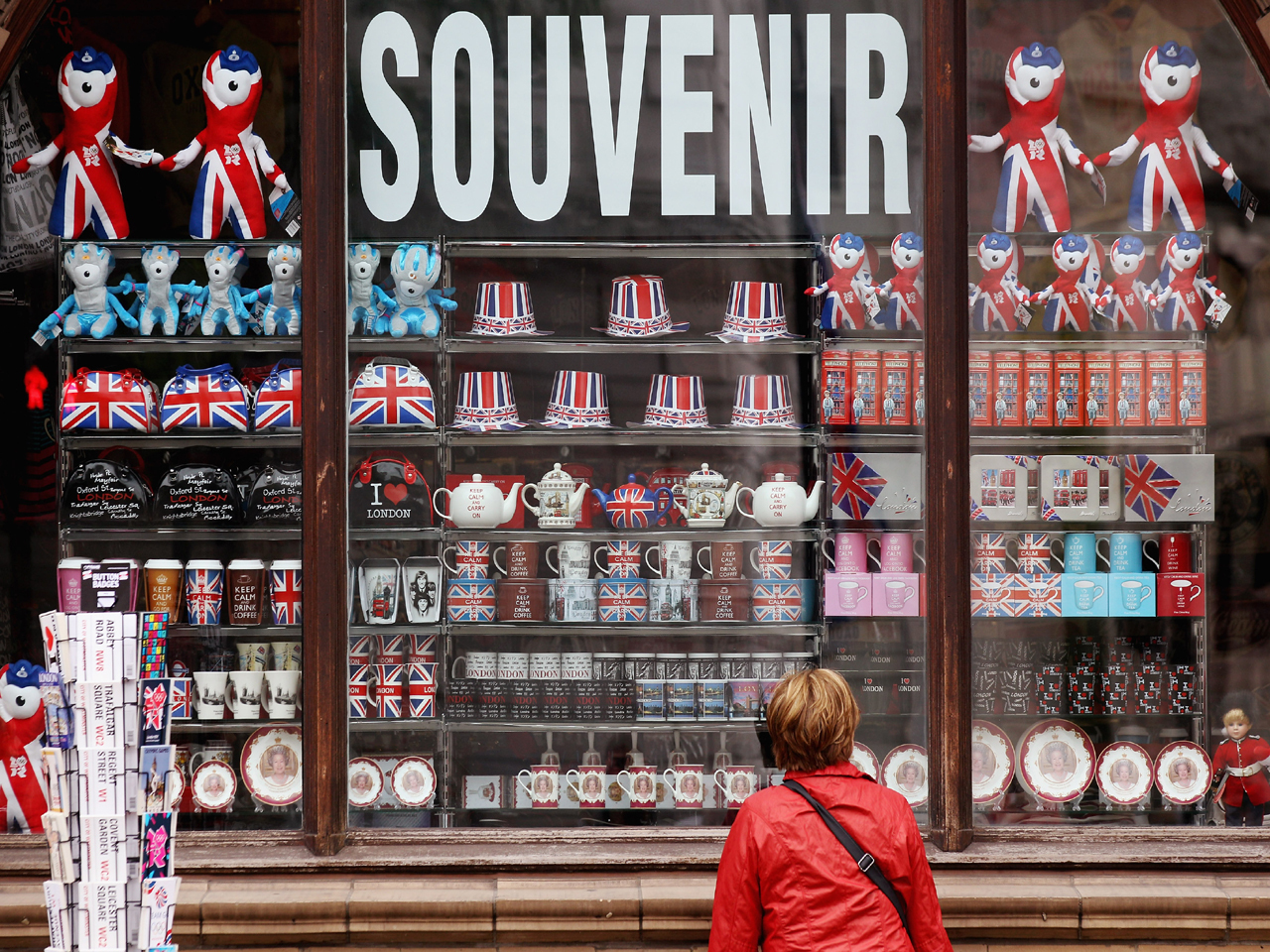 (CBS/AP) What's red and white and blue all over? In Britain this weekend, everything.

As the country celebrates Queen Elizabeth II's 60 years on the throne, retailers are embracing the jubilee spirit, doing a roaring trade in tricolor British flags, bunting and party supplies.

"Anything with a Union Jack on it is selling like hot cakes," said Matt Compton, party goods buyer for the Tesco supermarket chain. "This is the biggest week we have had since the Millennium in terms of party sales, with demand far exceeding sales (during) last year's royal wedding."

The patriotic outpouring stems from a mix of affection for the 86-year-old queen and delight at a four-day holiday weekend, granted for the second royal Diamond Jubilee in British history. Only Queen Victoria, Elizabeth's great-great grandmother, ruled for longer than the current monarch.

Hundreds of thousands of people plan picnics or street parties Sunday, when the queen's royal barge will lead a 1,000-boat jubilee flotilla along the River Thames through London.

Stores have all but sold out of Pimms, the gin-based liqueur that -- mixed with fruit and fizzy lemonade -- is England's archetypal summer drink. Supermarket chain Waitrose said sales of Pimms are up by more than 260 percent compared to last year.

It's a welcome boost for struggling retailers. Britain has sunk back into recession, and retail sales slumped during a soggy April.

The Bank of England has warned that the extra holidays will hit economic output, but some stores, at least, have reason to celebrate.

Food and clothing chain Marks and Spencer said it had sold more than 200,000 jubilee teacakes, 50,000 commemorative cookie tins and 50 kilometers (31 miles) of bunting.

Gift shops and departments stores are stocked with souvenirs that range from classy to kitschy, and from cheap to cheekily expensive.

It would not be a British occasion without a touch of the eccentric, irreverent and even downright tacky.

And enterprising English designer Lydia Leith, who had a cult hit last year with her custom-made royal wedding sick bags, has designed a series of temporary tattoos of corgis, crowns and carriages, as well as a jelly mold in the shape of the queen's head.

"It's not meant to be offensive in any way. It's just meant to be fun," said Leith, who will be selling her wares at a jubilee festival in London's Battersea Park on Sunday.