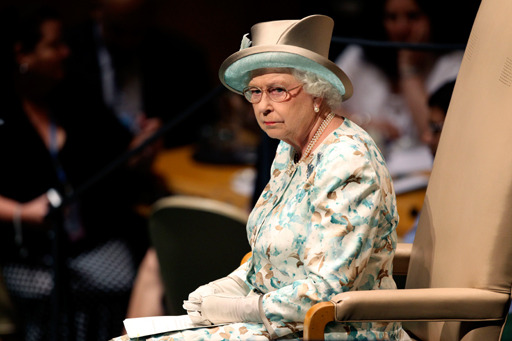 NEW YORK (CBS) Piggybacking off her recent trip to Canada, Britain's Queen Elizabeth II made her way to New York to address the United Nations for the first time in 53 years on Tuesday.

The 84-year-old monarch took to the stage and spoke briefly in front of the 192 members crowd.

In her speech she appealed for all countries to "work together as hard as ever" to tackle global problems like terrorism and climate change.

The Queen, who was accompanied by her husband, Prince Philip, The Duke of Edinburgh, will also make her way to the ground zero site, where she is expected to lay a wreath in memory of the victims of the Sept. 11, 2001, terrorist attacks.

Her day-long trip will also include a quick stop in Hanover Square, where she will officially open a British Garden of Remembrance in honor of the 67 Britons who lost their lives on that day.