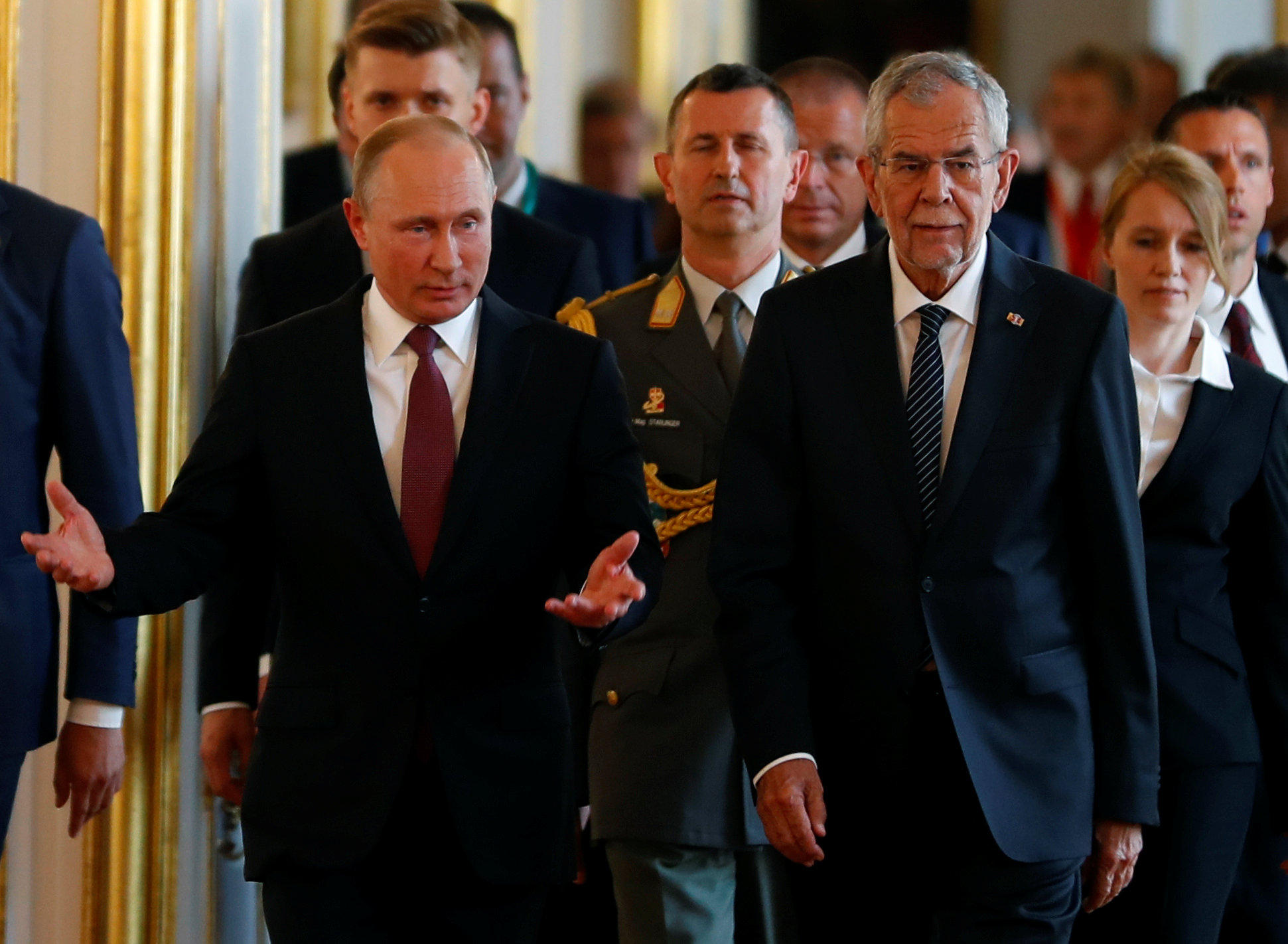 MOSCOW -- President Vladimir Putin ridiculed the U.S. indictment of 13 Russians in a television interview broadcast Monday, scoffing at the notion that a person described as his chef could interfere with a U.S. presidential election. Special counsel Robert Mueller in February charged Yevgeny Prigozhin, a wealthy businessman dubbed "Putin's chef," and 12 others in an alleged conspiracy to meddle in the 2016 election.

"How low the Western information and political environment has fallen if a restaurateur from Russia could influence elections in the United States or a European country," the Russia leader said.

The 13 people indicted are accused of an elaborate plot to disrupt the U.S. election that allegedly included running a huge social media campaign from their headquarters in St. Petersburg, dubbed the "'troll farm."

Prigozhin has been dubbed "Putin's chef" by Russian media because his restaurants and catering businesses have hosted the Kremlin leader's dinners with foreign dignitaries.

Putin told ORF that the Russian government has no connection to Prigozhin's activities. When pressed further, he pointed to Hungarian-American financier and philanthropist George Soros, alleging that Soros meddles in the affairs of various nations while "our American friends often tell me that America has nothing to do with it."

Asked about his interactions with U.S. President Donald Trump, Putin said political infighting in Washington was hampering their contacts.

In a phone call to Putin in March, Mr. Trump proposed their holding a summit. U.S. and Russian officials haven't discussed specifics yet.

"In my view, it's a result of the acute political struggle continuing in the U.S.," Putin said.

He emphasized that his meeting with Mr. Trump would be important as an opportunity to discuss arms control and preventing a new arms race.

When asked during the interview with broadcaster ORF if he thinks a nuclear showdown between the U.S. and North Korea is possible Putin said, "I do not even want to think about it."

"Russia, of all countries, is not interested in it because North Korea is our neighbor," Putin said, according to a transcript of the interview published by the Russian presidency. "Incidentally, one of the nuclear test sites, the one that I think North Korea is shutting down, is located, if my memory does not fail me, within 190 kilometers of the Russian border. This is something absolutely real for us."

"Therefore, we will do all we can to ease tensions on the Korean Peninsula," he added.