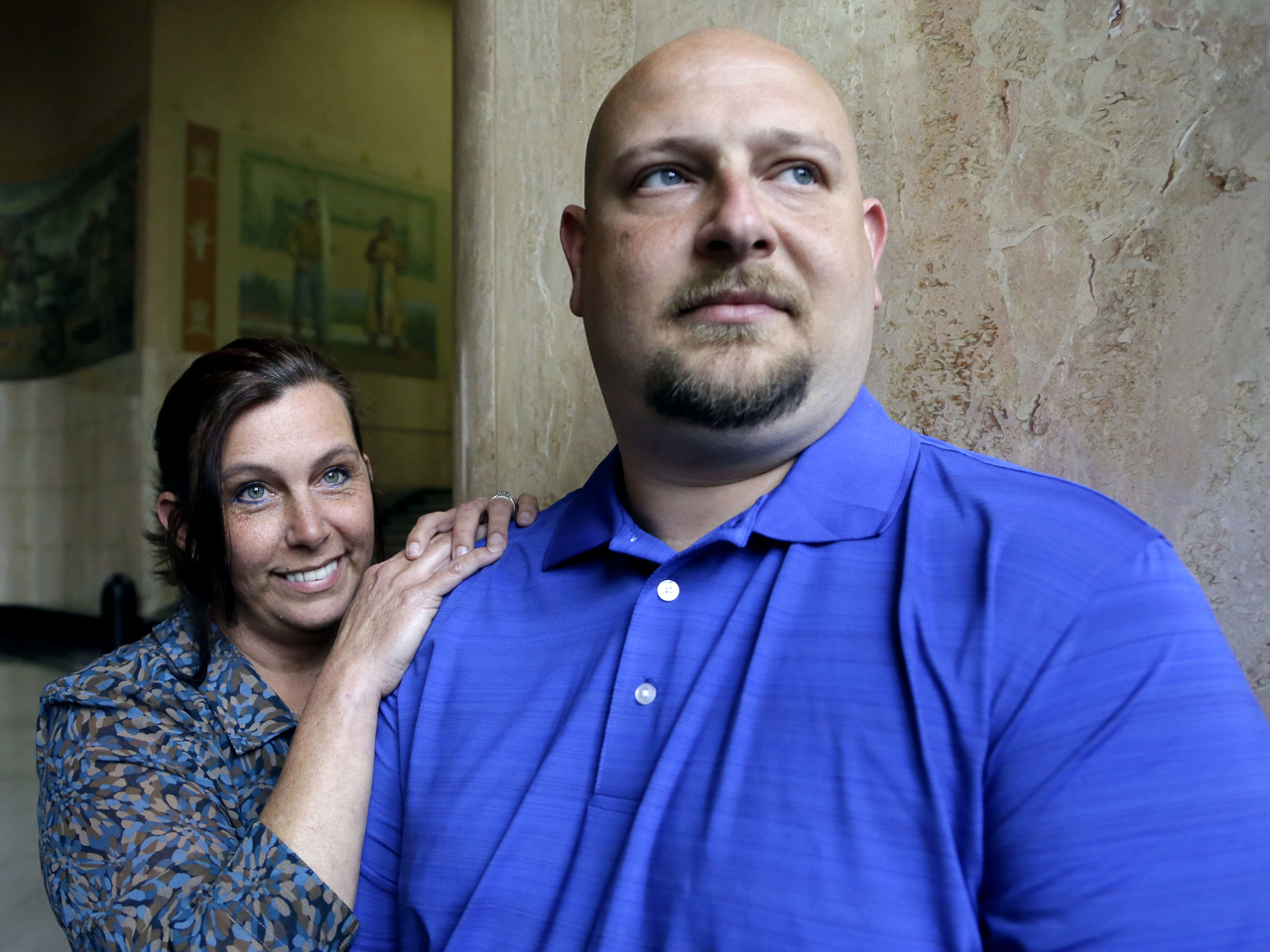 DENVER -- Police unions across the U.S. are pushing for officers to be able to collect workers' compensation benefits if they suffer post-traumatic stress disorder, whether they got it from the general stress of police work or from responding to a deadly shooting rampage.

"I can't imagine a department in the United States without officers who have symptoms of PTSD and are still working," said Ron Clark, chairman of the Badge of Life, a group of active and retired officers working to raise awareness of police stress and suicide prevention.

"We're beginning to see more and more states talking about this," he said.

But some police chiefs and municipal leaders oppose lawmakers' efforts, even in states such as Connecticut and Colorado, the scenes of some of the deadliest massacres in recent years. They say they are concerned the benefits would strain budgets and lead to frivolous claims.

"We support and appreciate the efforts of our police and firefighters, but there's a concern when you expand benefits," said Betsy Gara, executive director of the Connecticut Council of Small Towns.

Legislation has been emotional in that state, still haunted by the December 2012 mass shooting at Sandy Hook Elementary School in Newtown.

Newtown police officer Thomas Bean told lawmakers his depression, anxiety and suicidal thoughts left him unable to work. "I'm always being re-traumatized because I don't know what my future is," Bean testified in March.

Connecticut allows police and firefighters to collect workers' compensation if they use deadly force or witness a colleague's death. New legislation would expand it to all municipal employees diagnosed with PTSD after witnessing a violent event or its aftermaths.

Federal employees and military members can collect compensation if a psychiatrist finds PTSD symptoms. But most states require officers and firefighters to have an accompanying physical injury.

Supporters say lawmakers' efforts to change that are encouraging, but the push-back shows a stigma remains.

"They don't get too worked up when an officer gets shot or physically assaulted because they can see it," Clark said. "If you think every cop is just going to run to that lifeboat and say, 'I have PTSD,' I just don't see it."

It is hard to say how many officers suffer symptoms because many do not come forward for fear of seeming weak, Clark said.

Legislation expanding benefits to cover the disorder died in Colorado, where officers responded to a mass shooting at an Aurora movie theater in July 2012. A legislative task force will likely study the issue instead.

"We've got law enforcement officers working the streets in Colorado suffering from PTSD and keeping it a secret, going to work every day with a smile," said Mike Violette, executive director of the state's Fraternal Order of Police, which helped write the bill.

Colorado lawmakers eliminated language that would have presumed an officer had job-induced PTSD if he was diagnosed after using deadly force, witnessing a death, being injured or becoming ill on the job, which police chiefs thought was too broad.

"It could be virtually every single police officer who might qualify," Greenwood Village Police Chief John Jackson, who is vice president of the Colorado Chiefs of Police Association, said. "We believe PTSD is a real issue, we just want to make sure that it's done properly."

Similar legislation is under consideration in South Carolina. It was inspired by former Spartanburg County sheriff's deputy Brandon Bentley, whose doctor told him he was too stressed to return to police work after he fatally shot a man during a domestic disturbance call in 2009.

Bentley, 35, said he spiraled into a depression that was compounded when the state denied him workers' compensation benefits and he couldn't make ends meet for his family.

Bentley appealed to the state Supreme Court, which denied his claim, saying the law did not provide mental health benefits for officers because they are trained in the use of deadly force and know that they may have to use it.

Under state legislation still pending, officers who experience stress after using deadly force would have the chance to collect such benefits. But the bill is not retroactive.

"It was never about the money," he said. "The only thing I want is for these guys and these girls not to go through the same thing I went through."