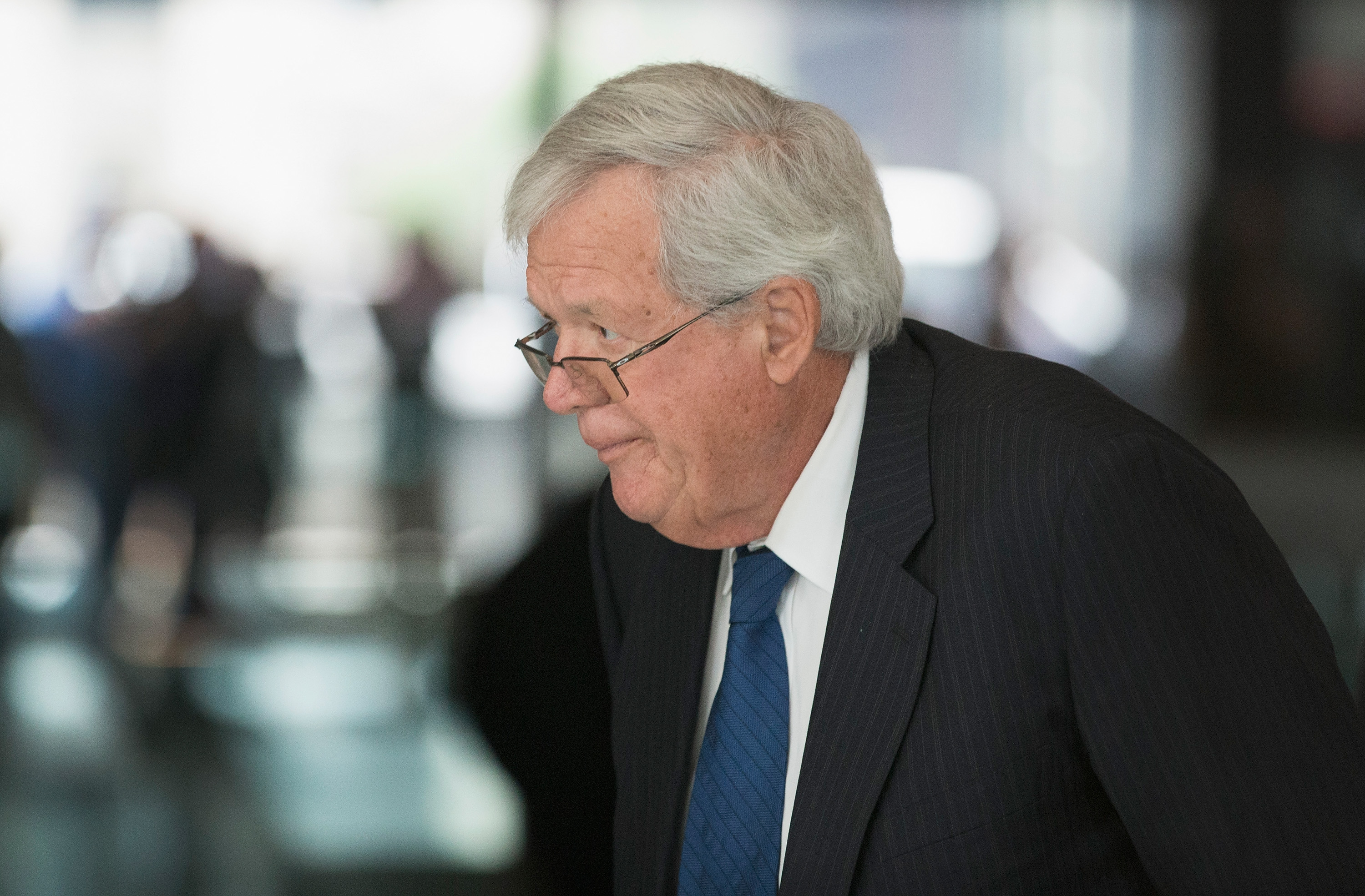 CHICAGO --Dennis Hastert agreed to pay $3.5 million to a person the former House speaker sexually abused when the victim was 14 years old and Hastert worked as a high-school teacher and wrestling coach outside Chicago, prosecutors said in a court filing Friday.

The court filing is the first time prosecutors have confirmed Hastert paid hush-money to conceal sex abuse of a 14-year-old.

The 74-year-old Republican managed to keep any hint of sexual misconduct quiet throughout a political career that carried him from the Illinois Legislature to the halls of Congress and eventually to the speaker's office, where he was second in the line of succession to the presidency.

Hastert pleaded guilty in October to breaking banking laws as he sought to pay $3.7 million to someone referred to as Individual A to ensure the person kept quiet about Hastert's past misconduct.

He is scheduled to be sentenced April 27. An alleged sex abuse victim could testify at the sentencing hearing, the Associated Press has reported.

A defense filing Wednesday asked the presiding judge to give Hastert probation and spare him prison time. It cited Hastert's deteriorating health, as well as the public shame he's already suffered.

"Despite his mistakes in judgment and his transgressions, for which he is profoundly sorry, we implore this Court, in imposing sentence, to consider the entirety of Mr. Hastert's life (including the fact that he reshaped his life many years ago), the mitigating circumstances that surround the offense to which he pled guilty, and his deteriorated condition," his attorneys wrote.

Prosecutors have recommended that Hastert serve no more than six months in prison.

The case has been shrouded in secrecy since the May 2015 indictment. Prosecutors only confirmed at a March hearing that sex-abuse claims were at its core. But there was no prior word of the hearing, so the court was mostly empty. Transcripts later revealed what transpired.

Law enforcement sources told CBS News last year that the misconduct mentioned in court documents refers to sexual misconduct allegations involving a young man that date back more than 30 years. From 1965 to 1981, Hastert was a popular teacher and wrestling coach in Yorkville, Illinois.