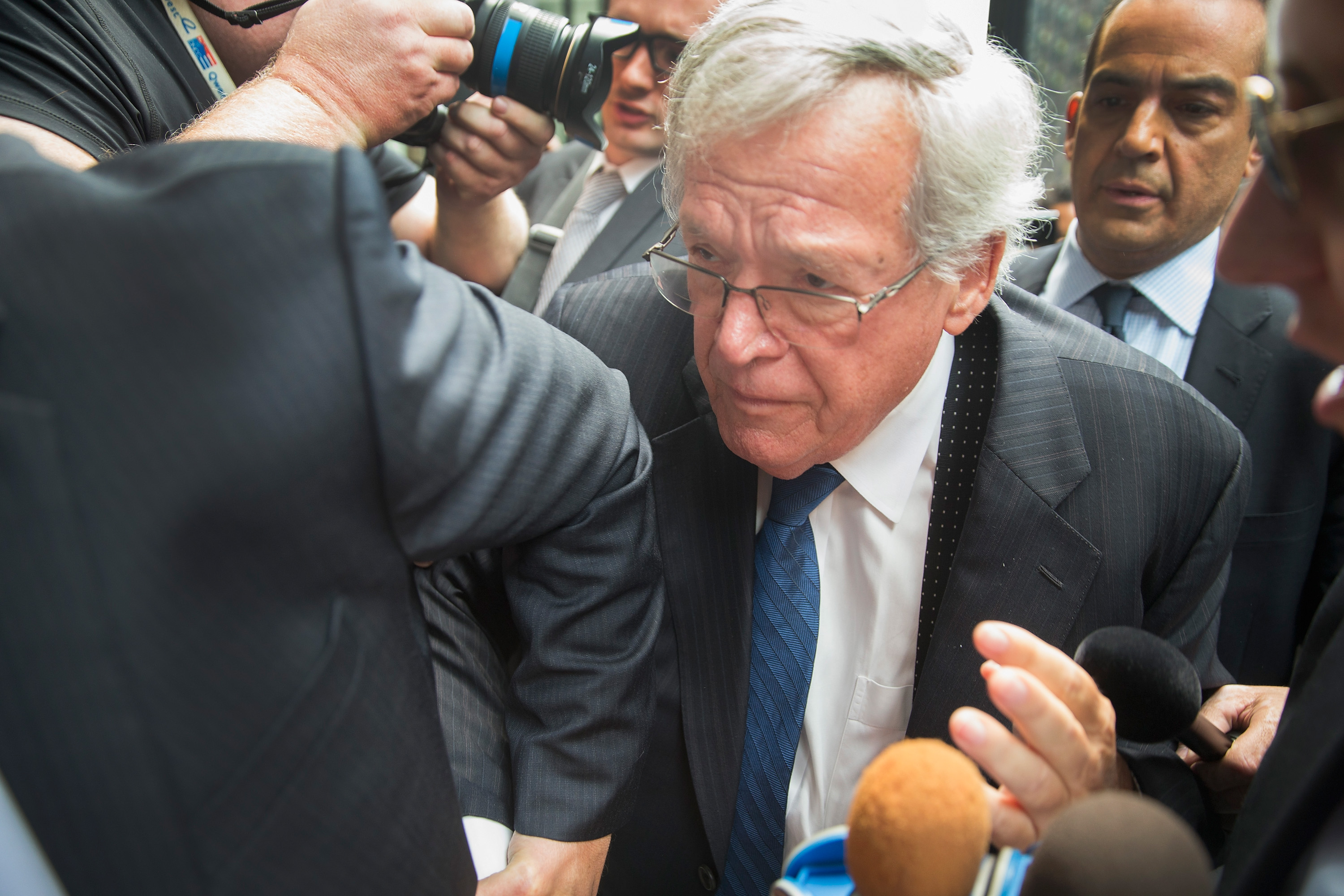 Ahead of his sentencing in a hush-money case later this month, attorneys for Former House Speaker Dennis Hastert on Wednesday said Hastert is "profoundly sorry" for his transgressions.

Giving a lengthy description of his failing health, the attorneys also asked that Hastert only be sentenced to probation.

At the sentencing hearing on April 27, Hastert's attorneys wrote in a memo, Hastert will "stand before the Court having deteriorated both physically and emotionally, undoubtedly in part due to public shaming and humiliation of an unprecedented degree. Despite his mistakes in judgment and his transgressions, for which he is profoundly sorry, we implore this Court, in imposing sentence, to consider the entirety of Mr. Hastert's life (including the fact that he reshaped his life many years ago), the mitigating circumstances that surround the offense to which he pled guilty, and his deteriorated condition."

Back in October, the 73-year-old Republican pleaded guilty to evading bank laws.

Hastert agreed to pay $3.5 million to someone, only identified in court as "Individual A," in an effort to conceal Hastert's prior misconduct.

From 1965 to 1981, Hastert was a popular teacher and wrestling coach in Yorkville, Illinois. An alleged sex abuse victim of Hastert's could testify at the sentencing hearing, the Associated Press has reported.

Prosecutors have recommended that Hastert serve no more than six months in prison.