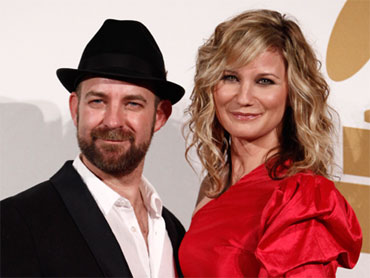 There is no evidence that indicates federal prosecutor Jonathan P. Luna met with someone on the night he disappeared or the next morning, when he died, investigators announced Thursday.

Luna disappeared a year ago -- on Dec. 3, 2003 -- from the federal courthouse in Baltimore. His body was found the next morning about 70 miles away, face down in a creek in Lancaster County, Pennsylvania. He had suffered 36 stab wounds but an autopsy determined he drowned.

Luna, 38, took a rambling journey from Baltimore to northern Delaware and into Pennsylvania.

"While this task force remains committed to obtaining all the facts surrounding that evening and subsequent morning, investigators have found no evidence to date, to indicate Mr. Luna met with someone the night of his disappearance or the morning of his death," according to a news release from the agencies.

Investigators say there remains a gap of about two hours in the timeline for Luna's activities early on Dec. 4. It starts at 12:57 a.m., when Luna's debit card was used to get money from an ATM at a highway rest stop in Newark, Del. Nothing is known about what Luna was doing from that time until 2:47 a.m., when his car when through the Delaware River Bridge toll plaza on Route 276 in Pennsylvania.

"The task force continues to believe there may be individuals who have information concerning Mr. Luna's activities in the late evening hours of Dec. 3, 2003, or the early morning hours of Dec. 4, 2003," the release said. The FBI said a reward of up to $100,000 is still being offered for significant information about Luna's death.

Investigators have responded to more than 1,000 leads in the case with physical and computer data searches, reviews of financial and phone records and an examination of the records of Luna's EZ-Pass toll device. The FBI's laboratory division has examined more than 600 pieces of evidence.

FBI employees also "created a computer program to allow investigators to review timelines, trends, patterns and anomalies of Mr. Luna's activity during the period in question," the release said.

Luna's father, Paul Luna, has said he believes his son was killed but he does not know why.