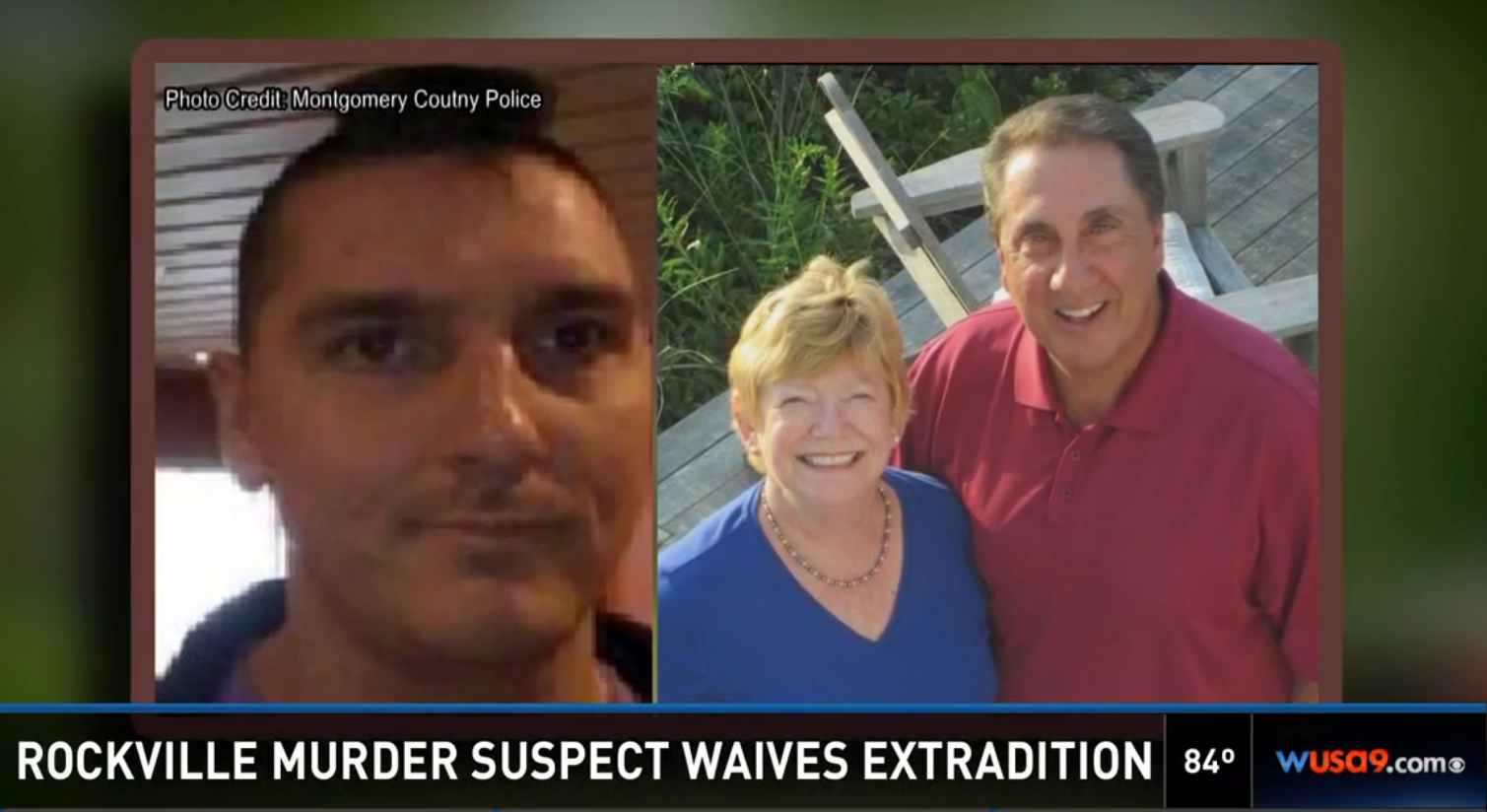 ROCKVILLE, Md. -- A Maryland man accused of murdering his neighbors on Mother's Day stabbed one of his victims 47 times, a prosecutor said in court Monday, reports CBS affiliate WUSA.

Scott Tomaszewski is charged with first-degree murder and burglary in the deaths of Richard "Dick" Vilardo and Julianne Vilardo, 65 and 67. The Vilardos were found dead in their home in the Washington, D.C. suburb of Rockville, Md. on May 10, and Tomaszewski was later arrested aboard a cruise ship docked in Juneau, Alaska. Police say he killed the couple before going on the cruise with his parents to celebrate their retirement.

The suspect lived with his parents in the same Rockville neighborhood as his victims, reports the station.

"The nature of the attack in this case seems to suggest these people were in their bedroom when they were attacked, likely asleep," McCarthy said, reports the Washington Post. "He came there armed."

Charging documents say Tomaszewski confessed to burglarizing the couple's home and stabbing them to death. When he was arrested, police say he had blood-spattered cash in his wallet.

His alleged history of burglaries is how police tied him to the case - a retired police sergeant reportedly recalled that the victim's home was robbed in 1998 in a case involving juvenile suspects, the "Tomaszewski brothers." The Vilardos' BMW was stolen and someone tried to set fire to the home, reports the station.

The retired sergeant, Bill Preis, noted the "emotional component" of both the 1998 burglary and the murders, passing along the crucial tip to investigators, the station reports.

Charging documents say Tomaszewski also pawned a high school ring on April 20 that matched a ring reported stolen from the home across the street earlier that month.