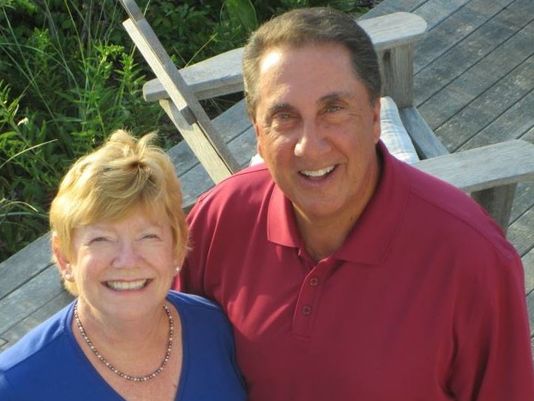 ROCKVILLE, MD - Police said Tuesday that Maryland couple Richard and Julianne Vilardo were killed during a burglary, but it remains unclear what, if anything, was taken from their home, reports CBS affiliate WUSA.

The couple, whose bodies were discovered Sunday, were stabbed to death at their Rockville, Md., home. The large, messy crime scene - indicative of a violent struggle - has made it difficult to tell what might be missing, a source told WUSA.

Investigators believe somebody may have entered the home through a window. The glass was not broken and the window latch may or may not have been in use.

Detectives could be seen walking through the woods outside the Vilardos' home, looking for evidence until sundown Tuesday. Later, they continued to search the backyard by flashlight for more than an hour.

The Vilardos' neighborhood is described as "quiet as quiet can be" by one resident, and Captain Paul Starks of the Montgomery County Police Department said violent crime is rare.

"This is a very unique and unusual crime; certainly in this area," Starks said.

The couple was in Charles Town, W.Va., on Saturday evening where they had dinner with friends. The Vilardos returned home that evening, which is the last time they were known to be alive, police said.

The couple was supposed to meet family members Sunday morning, but never showed up.

Anyone with information regarding the deaths of Richard and Julianne Vilardo is asked to contact the Montgomery County Police at 301.279.8000. For those who want to remain anonymous and be eligible for up to a $10,000 reward, please call Crime Solvers of Montgomery County toll-free at 1-866-411-TIPS (8477).