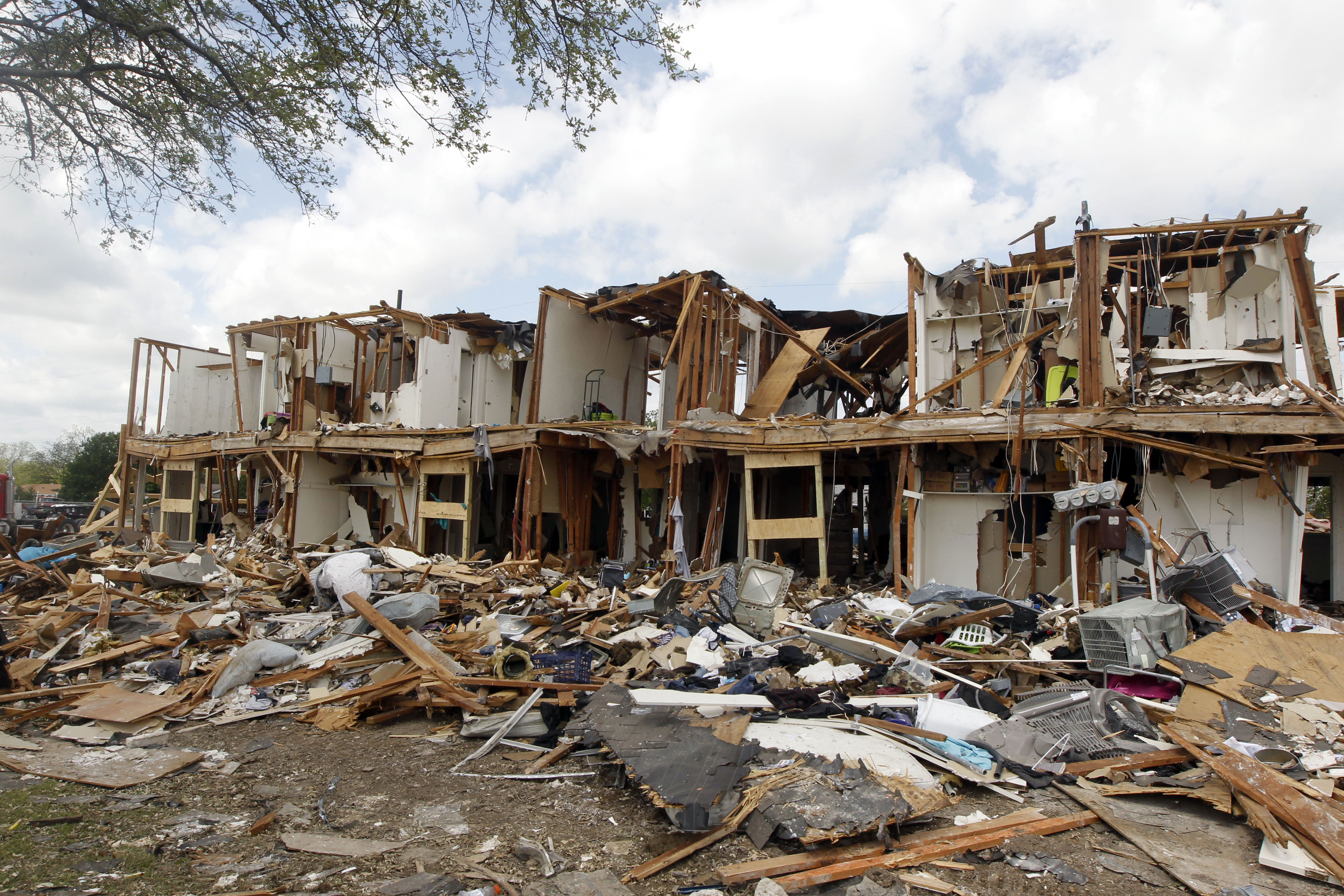 HOUSTON A federal agency investigating a deadly explosion at a Texas fertilizer plant told a Senate committee Thursday that regulation of the dangerous chemicals used in the industry fall under a "patchwork" of standards that are decades old and are far weaker than rules used by other countries.

The U.S. Chemical Safety Board is the first federal agency to acknowledge the lax oversight of ammonium nitrate, the chemical blamed for an explosion in West so massive that it registered as a small earthquake, flattened swaths of the small town and killed 15 people. The agency, one of several investigating the April incident, made 18 recommendations in a preliminary report obtained by The Associated Press. The findings have been submitted to the U.S. Senate Committee on Environment and Public Works.

The West Fertilizer Co. had no sprinkler systems, stored the chemical in wooden bins and did not report to local emergency responders the potential hazards of storing tons of ammonium nitrate because the law does not require them to do so, the report states. Firefighters are given only vague guidelines on how to battle a blaze involving ammonium nitrate — a chemical often used as a cheap alternative to dynamite in mining operations that has been used in terrorist bomb attacks.

The volunteer firefighters who arrived at the plant "were not made aware of the explosion hazard of ammonium nitrate ... and were caught in harm's way when the blast occurred," the report says. Of the 15 people killed, 10 were firefighters, and two others were residents who tried to help them battle the massive blaze.

"To summarize, the safety of ammonium nitrate fertilizer storage falls under a patchwork of U.S. regulatory standards and guidance — a patchwork that has many large holes," according to the report presented to the panel by Rafael Moure-Eraso, the board's chairman.

Sen. Barbara Boxer, chairwoman of the Senate committee, said the U.S. Environmental Protection Agency has the authority under existing legislation to strengthen oversight of ammonium nitrate and other hazardous chemicals by requiring the industry to address them in risk management plans. She gave the EPA two weeks to provide her with information about strengthening rules.

"Those risk management plans ... have to address the risks. If they leave out an obvious risk, such as the regulation or storage of ammonium nitrate, they're not addressing the risks," Boxer said. "This should be a wake-up call to all of us."

The CSB noted that in 1985, a comprehensive review of ammonium nitrate's dangers stated it should not be stored near a source of heat or combustible materials.

"As simple as this sounds, this principle has not been fully adopted across the U.S., and was not implemented at West Fertilizer," Moure-Eraso told the panel.

The Chemical Safety Board does not have regulatory authority, but its scientists probe accidents and make recommendations on how they can be avoided in the future. It is involved in a variety of other investigations, including the 2010 oil spill in the Gulf of Mexico.

In 2002, the board recommended that the EPA and the Occupational Safety and Health Administration add reactive chemicals, such as ammonium nitrate, to the list of substances they regulate. That never happened, and the risk management plan that the West Fertilizer Co. was required by federal law to fill out focused exclusively on the potential for a leak of anhydrous ammonia, another fertilizer chemical it stored and sold.

The Bureau of Alcohol, Tobacco, Firearms and Explosives has rules for how ammonium nitrate can be used as an explosive, but those rules do not apply to fertilizer plants. The U.S. Department of Homeland Security's regulations are meant to ensure the chemical does not land in the hands of criminals or militants.

As a result, the board found, ammonium nitrate — the chemical used in the 1995 bombing of a federal building in Oklahoma City — is not truly regulated by any agency.

Codes written by the National Fire Protection Association are also not strong enough, the board states. For example, the codes allow the chemical to be stored in wooden bins, even though other countries, including the United Kingdom, instruct the chemical should be placed in non-flammable containers, preferably concrete.

Either way, West Fertilizer was not required to comply with the fire code. The National Fire Protection Association's codes are merely recommendations. Texas has not adopted a statewide fire code, and some smaller counties are prohibited by state law from adopting their own.

Federal agencies must "review and improve the comprehensive safety oversight of ammonium nitrate fertilizer distribution. The time for that effort is now," the board concludes.