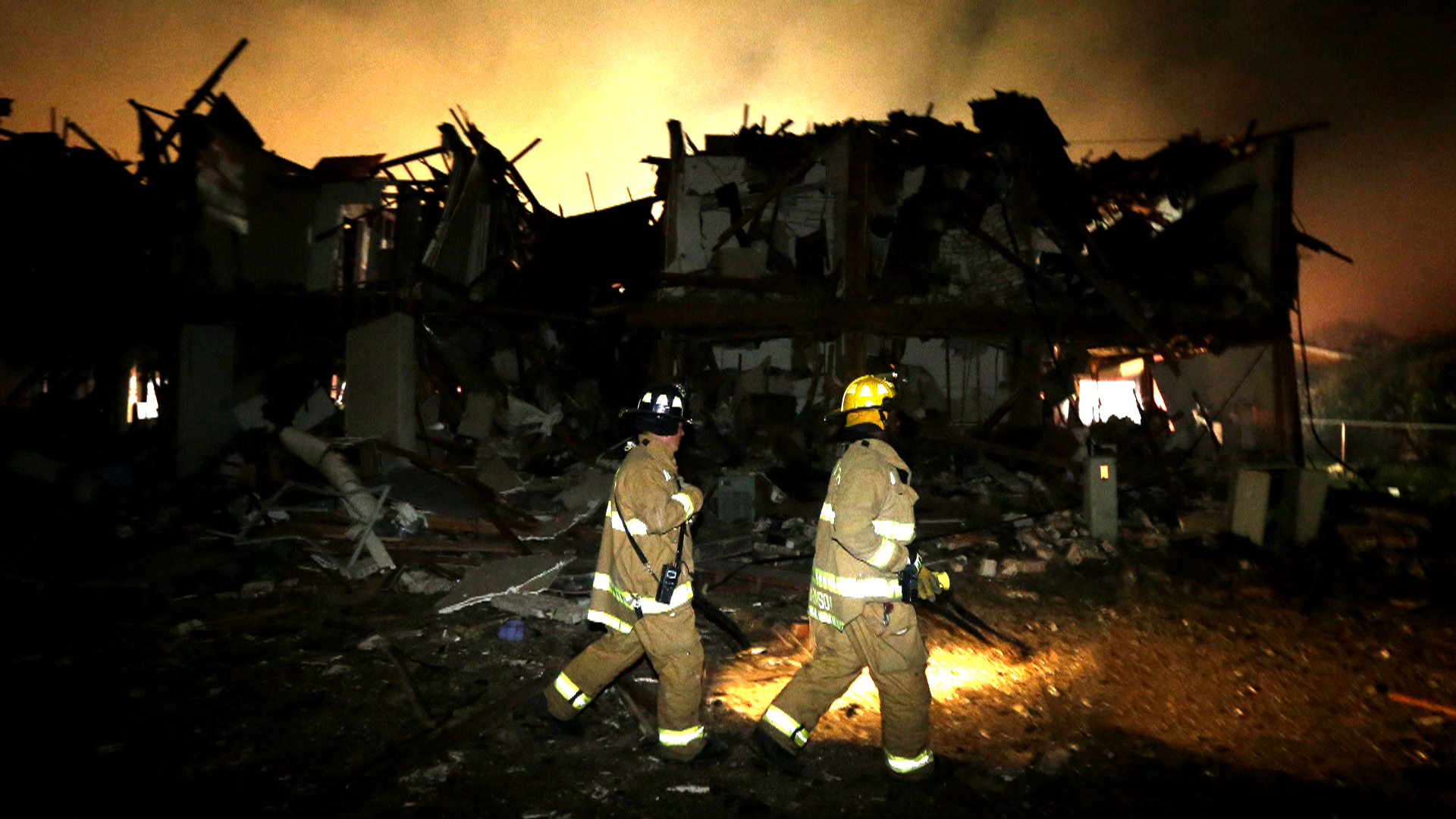 According to a letter obtained by The Associated Press, FEMA said it reviewed the state's appeal to help but decided that the explosion "is not of the severity and magnitude that warrants a major disaster declaration."

FEMA already has provided millions of dollars in aid to the town of West and its residents, but the decision prevents them from getting some of the widespread assistance typically available to victims of tornadoes, hurricanes and other natural disasters.

The decision likely means less money to pay for public repairs to roads, sewer lines, pipes and a school that was destroyed.

As of Wednesday, FEMA said the agency and the U.S. Small Business Administration had approved more than $7 million in aid and low-interest loans to West residents impacted by the blast. FEMA also is paying 75 percent of the costs of debris removal and will reimburse the state and the municipality for the initial emergency response.

FEMA denied the "major disaster declaration" both for public assistance — which would give money to the city to help rebuild — and for further individual aid, which would provide for crisis counseling and other services.

"I'm not sure what their definition of a major disaster is, but I know what I see over there and it's pretty bleak," West Mayor Tommy Muska said.

It's not unusual for FEMA to turn down that level of assistance for emergencies not stemming from natural disasters. In 2010, for example, officials denied a request for millions in aid after a gas pipeline explosion that consumed a Northern California neighborhood.

Some funds would be available in West through insurance pay outs and because it believes the state or the municipality has the resources to cover the costs, among other things, agency spokesman Dan Watson said in a statement.

Individuals can still receive rental assistance and some funds for rebuilding, and the state can appeal for more public assistance but some programs for individuals will not be made available, he said.

But Muska said the rural community of 2,800 people cannot cover the costs of the repairs, and doesn't believe that the state will provide enough money on its own. He estimated the cost of those repairs at about $57 million, including $40 million to rebuild schools that were destroyed or damaged when the West Fertilizer Co. blew up in April.

Perry noted in a statement that Obama attended a memorial service in April for the victims of the West blast and "stood in front of a grieving community and told them they would not be forgotten."

"He said his administration would stand with them, ready to help," Perry said. "We anticipate the president will hold true to his word and help us work with FEMA to ensure much-needed assistance reaches the community of West."

The West Fertilizer Co. blew up after the plant caught fire. The cause of the fire remains unclear — and a criminal investigation is still open — but investigators say the heat of the fire destabilized tons of a potentially explosive fertilizer stored at the plant, leading to the massive blast that leveled chunks of the town. The incident highlighted how loosely regulated some chemicals are, including the ammonium nitrate that blew up, and has some critics saying the government needs to tighten its oversight of such plants.

The blast emitted a wave of energy so strong it registered as a small earthquake, knocked down people blocks away, blew out windows, left a massive 93-foot crater and curved walls of homes and buildings.

Marty Crawford, superintendent of West schools, said officials had requested the FEMA aid to help pay for structural damage. An intermediate school near the plant was destroyed, as were parts of the high school and middle school. The district expects to get tens of millions of dollars in insurance money to help pay for the repairs, but needs the FEMA funds to get the job done, he said.

Crawford believes the state could continue to push FEMA to reverse its decision, though it appears the chance of getting federal assistance is low.

"Now we're not out of appeals, but in baseball terms, we're probably facing a two-strike count and fouling a bunch of pitches off," Crawford said in a phone interview. "As long as you've got another strike to fight with, we can hold onto hope."