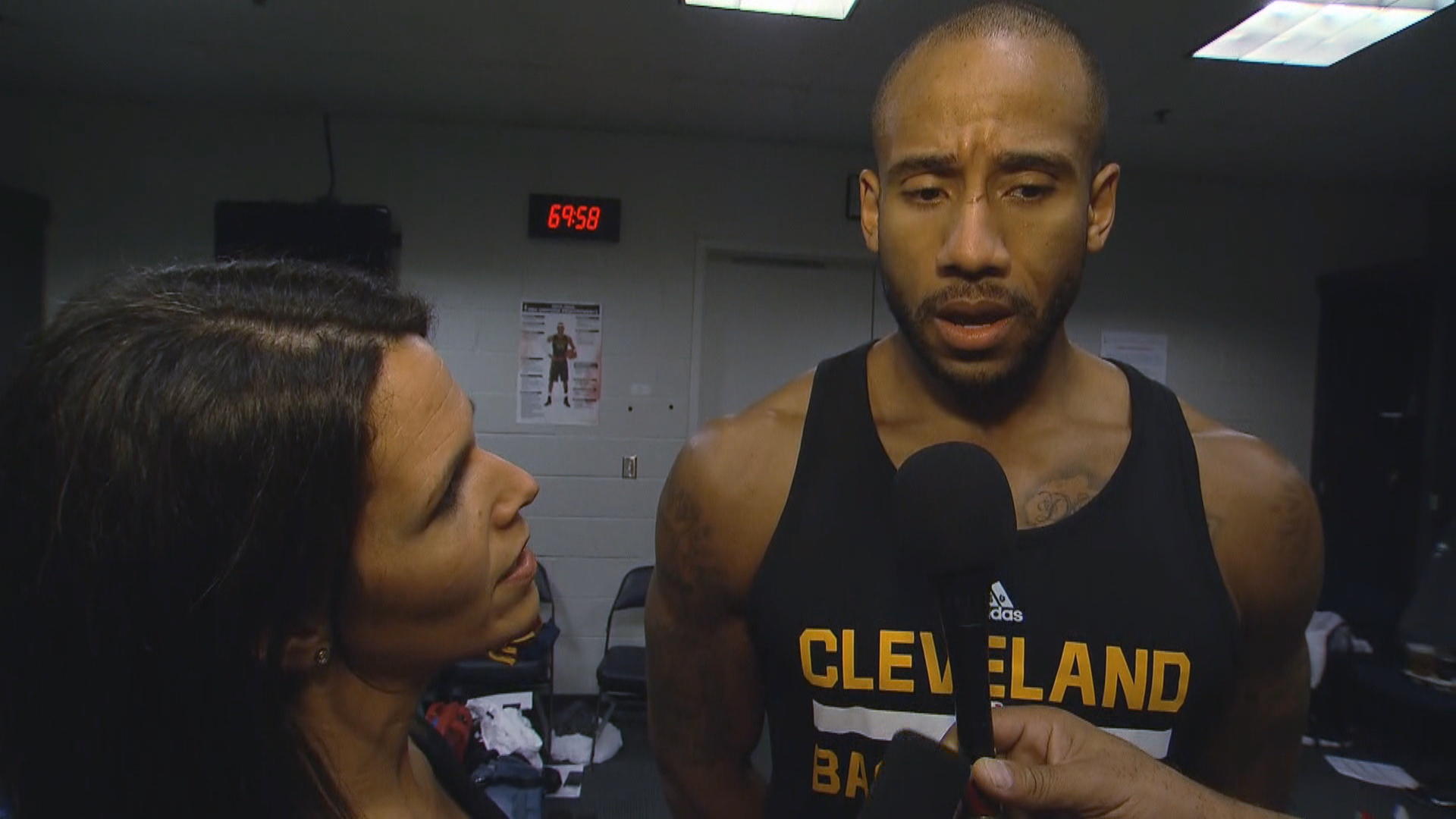 Athletes are very protective of their locker rooms, and even reporters who have covered sports for years are seldom told what they say behind closed doors. But many athletes now feel compelled to speak up, saying Trump’s comments are out of bounds, reports CBS News’ Dana Jacobson.

“It’s nothing in the fashion of taking advantage of women or using our celebrity to get over on women. It’s not what happens at all,” Cleveland Cavaliers guard Dahntay Jones told Jacobson.

In the video, Trump could be heard saying, “I moved on her like a b****, but I couldn’t get there. And she was married.”

“Certainly I’m not proud of it, but this was locker room talk,” Trump said in response to the video at Sunday’s second presidential debate in St. Louis.

Jones said Trump has no idea what really goes on inside pro locker rooms.

“There are conversations that we have amongst men but it’s never in that tone. It’s never as insensitive as that tone was,” Jones said.

Across the country, athletes and coaches from professional sports leagues had similar reactions.

“I’ll have my son in here, CP. Guys have their kids in here. So this is probably more of a family environment than any locker room,” Clippers’ Blake Griffin said.

“There’s no excuse to talk that way about women, to women, to other people,” Detroit Lions wide receiver Golden Tate said.

“To say that locker room culture is somehow this defense for what Trump is saying is really denigrating all professional athletes,” former Minnesota Vikings player Chris Kluwe said.

Kluwe was with the Vikings for eight seasons. He said that some locker room talk could be seen as disrespectful, but that it never reached the level of Trump’s comments.

“This is something where -- that is a line that is crossed. And even football players know that if you say stuff like that, that is crossing the line,” Kluwe said.

Hollywood has often depicted locker rooms as profanity-laden boys clubs. Athletes say some of that does happen, but they also insist what Trump said in the leaked video would not be tolerated in their locker rooms.

“To have someone actually talk about sexual assault in that manner, in a joking manner, is not something that happens in these locker rooms,” Cavaliers forward Richard Jefferson said.

Kansas City Chiefs wide receiver Chris Conley tweeted: “Have I been in every locker room? No. But the guys I know and respect don’t talk like that. They talk about girls but not like that. Period.”