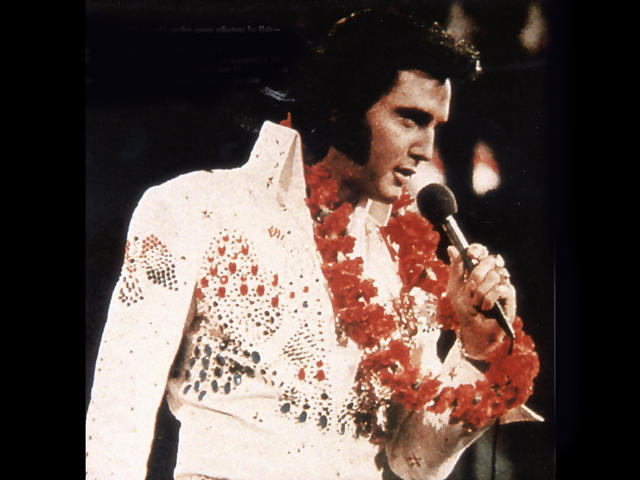 Elvis Presley's former wife, Priscilla Presley, and his only child, Lisa Marie Presley, joined fans for a candlelight vigil at Graceland on Tuesday night to remember the late musician 40 years after his death.

Priscilla Presley spoke in front of thousands of the King of Rock and Roll's mourners at the late musician's Memphis mansion.

"This is the largest anniversary we have ever, ever had, so I want to thank you all," she said. "You are keeping Elvis Presley alive."

Though it's not known how many fans attended Tuesday's vigil, Graceland was preparing for 50,000 visitors this year for its special 40th anniversary Elvis Week, which takes place each August.

The annual candlelight vigil is a hallmark event for Elvis Week. This year's event was controversial because, for the first time, visitors attending had to pay $28.75 for a wristband to walk up the long driveway and past the graves where Presley and relatives are buried. The wristband also provided access to a new $45 million entertainment complex at the Memphis tourist attraction.

Presley died on Aug. 16, 1977, at 42. He was found dead in his bathroom in the Graceland mansion in Memphis. Though he was rushed to Baptist Memorial Hospital, attempts to revive him were unsuccessful. He was initially believed to have died from heart failure, but further investigation revealed that abusing prescription drugs may have contributed to his death.