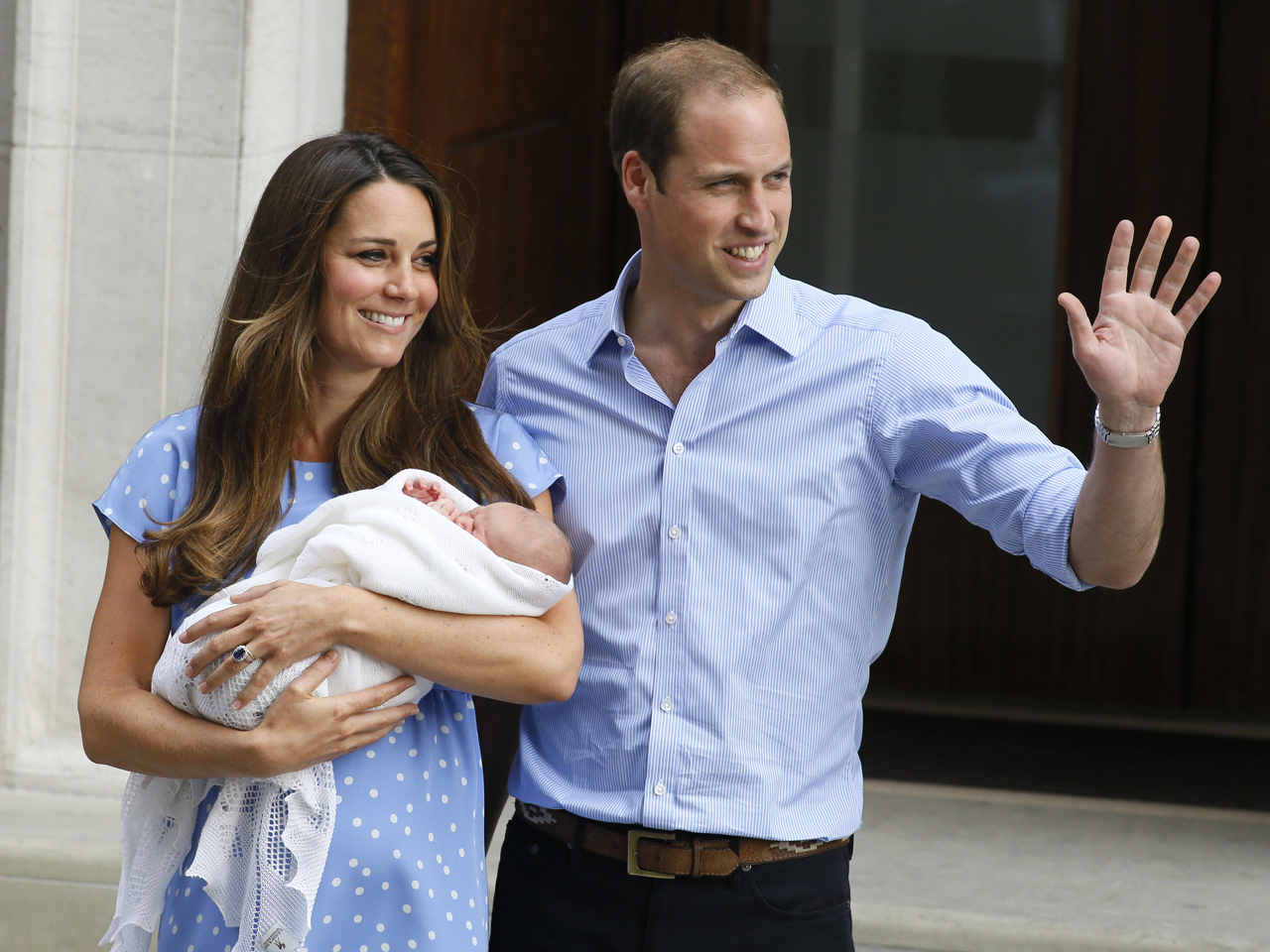 After leaving the hospital, spending his first night at home with mom and dad and getting a few notable visitors, the Prince of Cambridge is on the road again.

Prince William and Kate departed Kensington Palace on Wednesday with their newborn son in tow, taking him to spend time with his maternal grandparents.

The Duke and Duchess of Cambridge and the baby left the palace in a Range Rover, bound for the home of Kate's parents Michael and Carole Middleton in the English village of Bucklebury, west of London.

William is taking two weeks' paternity leave from his job as a Royal Air Force search-and-rescue helicopter pilot, and palace officials said he and Kate would now spend "private and quiet time for them to get to know their son."

Earlier Wednesday, Queen Elizabeth II met her new great-grandson for the first time. The 87-year-old monarch made a short trip from Buckingham Palace by chauffeur-driven Bentley and spent about half an hour visiting the two-day-old Prince of Cambridge. The baby is her third great-grandchild and the third in line to the British throne.

Prince Philip, who is recovering at Windsor Castle after exploratory abdominal surgery last month, did not accompany the queen.

Palace officials said Prince Harry has also been to see his new nephew, and the BBC reports that Kate's sister, Pippa Middleton, has met the baby as well.

William's father, Prince Charles, and Camilla, Duchess of Cornwall, have also visited the baby, whose name hasn't been revealed yet. "We're still working on a name," William told reporters Tuesday as he and Kate took the baby home from St. Mary's Hospital, promising to let the world know "as soon as we can."

That could be anything from a few hours to several weeks -- the queen did not announce Charles' name until a month after his birth in 1948.

Bookmaker William Hill has George -- the name of six previous British kings -- as the favorite at 2-1 odds, with James at 4-1.

Images of the prince, his little hand peeking above a white crocheted wrap, blanketed the front pages of British newspapers Wednesday. The Daily Mail offered a photo album image with the headline "Baby's first royal wave."

The prince slept through his debut public appearance -- though William assured the media he had "a good pair of lungs on him."

As well as selecting a name -- or more likely four names -- William and Kate will soon choose a photographer for the baby's first official portrait.