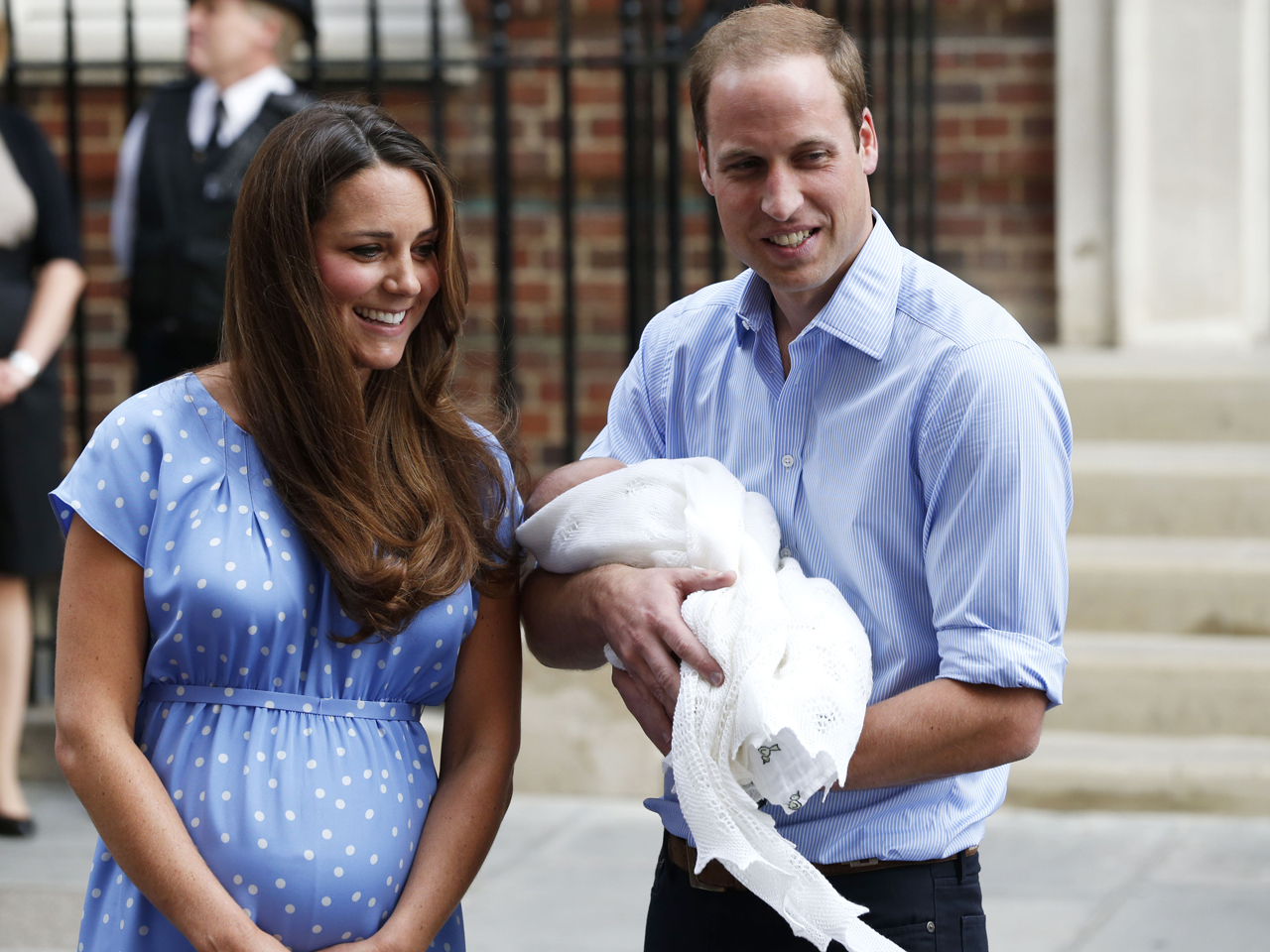 LONDON Prince William and Kate have introduced their newborn baby boy to the world.

The Duke and Duchess of Cambridge emerged from a London hospital on Tuesday with their newborn baby boy, presenting the world with a first glimpse of the prince who is third in line to the British throne.

A smiling Kate, wearing a baby blue Jenny Packham polka dot dress, carried the future monarch outside St. Mary's Hospital in central London so that he could be photographed by the dozens of international press members waiting outside.

William and Kate, both 31, stood with their first child in front of the hospital's Lindo Wing, just as William's parents, Prince Charles and Princess Diana, did with him in 1982 and brother Prince Harry in 1984.

Kate, who said she felt "very emotional," passed the baby to her husband, who appeared relaxed and joked with reporters.

"He's got her looks, thankfully," William said. "He's got a good pair of lungs on him, that's for sure."

William added: "He's a big boy, he's quite heavy," and laughed when a reporter asked him about the baby's hair.

"It's such a special time," Kate said. "Any parent will know what this feels like."

William also said he and Kate are "still working on a name" for the baby boy.

The couple re-entered the hospital to place the child in a car seat before re-emerging to get into an SUV. William drove the couple away -- palace officials said they will head to an apartment in Kensington Palace from the hospital.

The news was greeted with shrieks of joy and excited applause by hundreds of Britons and tourists gathered outside the hospital and Buckingham Palace.

Revelers staged impromptu parties at both locations, and large crowds crushed against the palace gates to try to catch a glimpse -- and a photograph -- of the golden easel placed there to formally announce the birth. Hundreds were still lining up outside the palace gates Tuesday to get near the ornate easel.

In London, gun salutes were fired, celebratory lights came on, and bells chimed at Westminster Abbey, where William and Kate wed in a lavish ceremony that drew millions of television viewers worldwide.

On Tuesday morning, William and Kate issued a statement thanking the hospital.

"We would like to thank the staff at the Lindo Wing and the whole hospital for the tremendous care the three of us have received," the Duke and Duchess of Cambridge said. "We know it has been a very busy period for the hospital and we would like to thank everyone -- staff, patients and visitors -- for their understanding during this time."