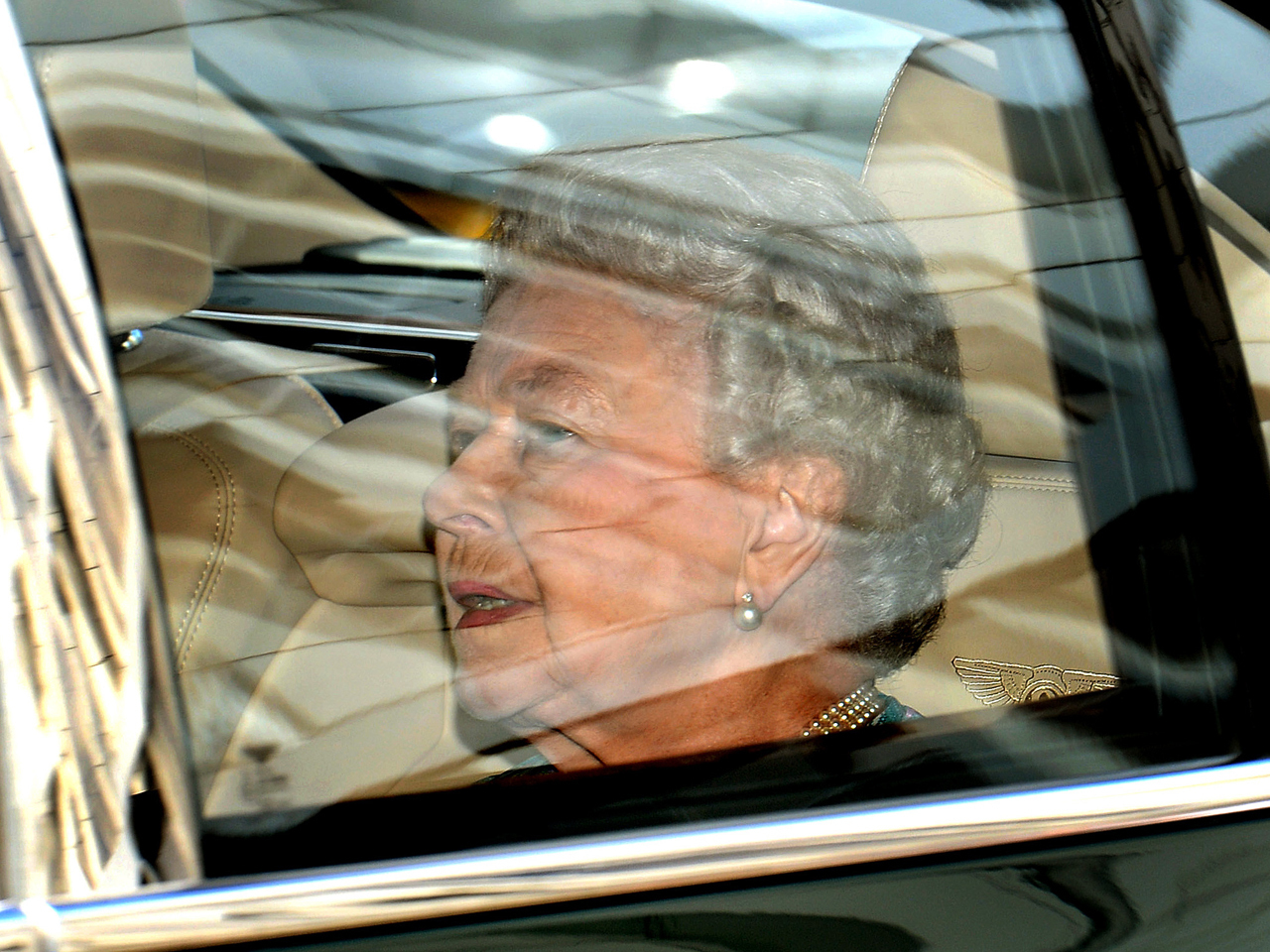 LONDON Britain's Queen Elizabeth II arrived at Kensington Palace Wednesday to see her new great-grandson, who has spent a first night at home with his parents, Prince William and Kate, Duchess of Cambridge.

The 87-year-old monarch made the short trip from Buckingham Palace to meet the two-day-old Prince of Cambridge, who is third in line to the throne, and stayed for half an hour, the BBC reports. She visited without her husband, Prince Philip; he's still recovering from abdominal surgery.

At a Buckingham Palace reception on Tuesday evening, the queen said she was "thrilled" by the new arrival, according to the BBC. A guest at the event for the queen's Award for Enterprise said the monarch called the baby a "big boy" and noted that "the first born is very special."

The queen wasn't the only one to visit the still unnamed boy. William's brother, Prince Harry, met the baby, Kensington Palace said. Kate's sister, Pippa Middleton, has reportedly also been to visit her nephew. Prince Charles and Camilla, Duchess of Cornwall, paid a visit at St. Mary's Hospital on Tuesday, as did Kate's parents, Michael and Carole Middleton.

After the morning of visitors Wednesday, the duke and duchess were seen leaving Kensington Palace with their newborn, departing in a Range Rover bound for the Middletons' home in Bucklebury, England.

The baby's name has not yet been revealed. "We are still working on a name, so we will have that as soon as we can," William told reporters gathered outside the hospital and he and Kate departed with their son.

Bookmaker William Hill has George -- the name of six previous British kings -- as the favorite at 2-to-1 odds, with James at 4-to-1.

Images of the prince, his little hand peeking above a white crocheted wrap, blanketed the front pages of British newspapers Wednesday. The Daily Mail offered a photo album image with the headline "Baby's first royal wave."

The prince slept through his debut public appearance -- though William assured the media he had "a good pair of lungs on him."

The new family is expected to spend time quietly at Kensington Palace, their London home. As well as choosing a name, William and Kate will soon choose a photographer for the baby's first official portrait.