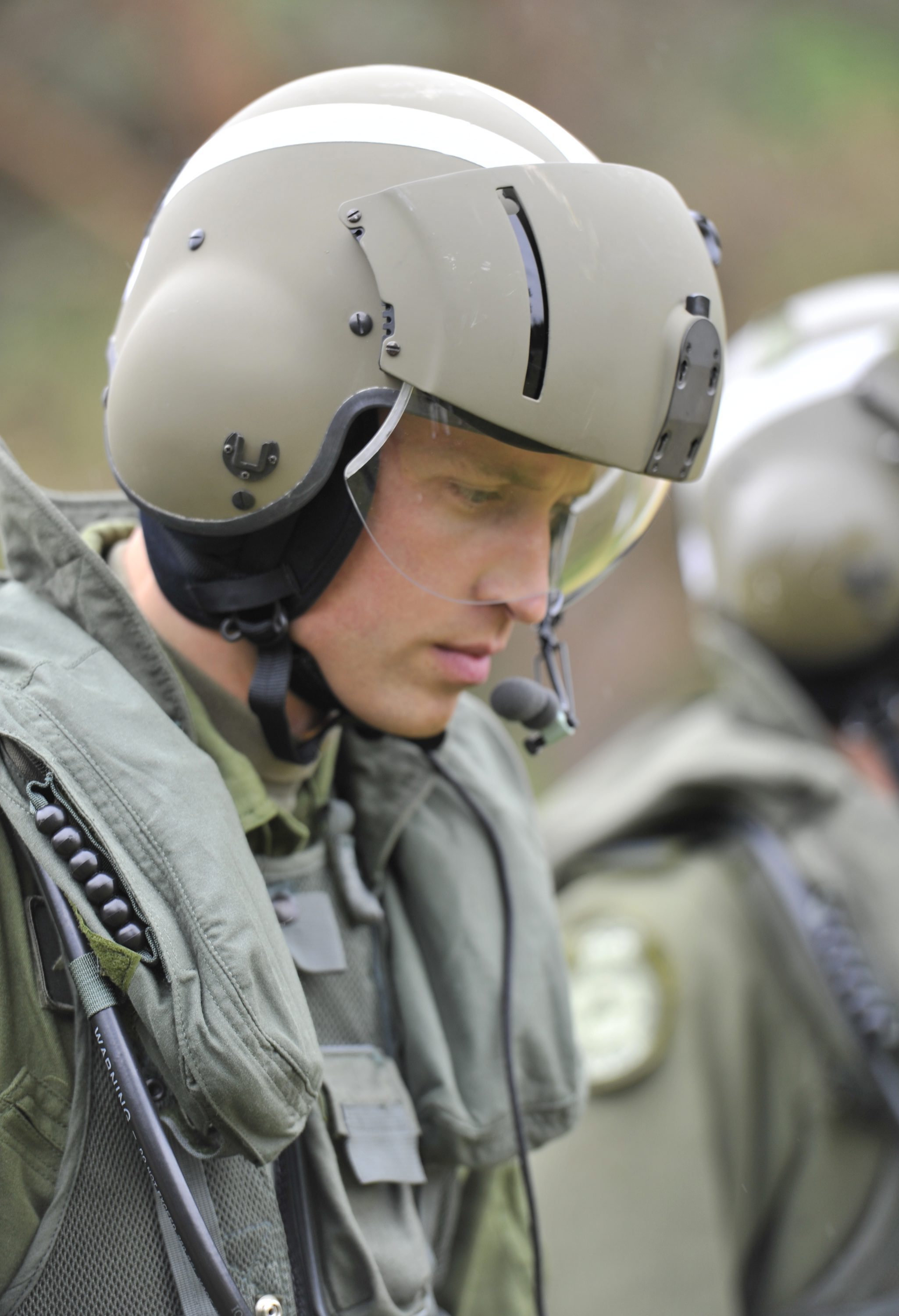 LONDON - It was a rough overnight shift for Prince William.

By the time the Royal Air force rescue helicopter, which he was co-piloting, first arrived on the scene in the early hours of Sunday morning, the Russian cargo ship that had put out a distress call had already sunk in the Irish Sea.

The task — recorded by the helicopter's night-view camera — was to try to find and rescue survivors — two of which were found bobbing a life-raft.

A winchman lowered and — one by one — he managed to get a harness around the seamen and they were hoisted to safety. One crewman from the ship is known to have died — an empty life ring the only sign of where he might have been. Five others are thought to be missing.

The strong gale was still blowing as other helicopters and ships joined the search. But the Russian cargo ship had gone down fast.

"[The ship] was hit by what he described as an enormous wave; she rolled, broke her back," said Ray Carson, a British Coast Guard spokesman. "She sank very quickly."

Prince William is on a three-year assignment as a search and rescue pilot — working toward his full captain's ticket.

This past summer in Canada, he was shown how the Sea King helicopter he flies can actually be landed on the water's surface — not a technique the British use and not one that would have been much use in the conditions of this weekend's rescue.

The Russian ship — the Swanland — is now gone.

Prince William is now off shift, he and the other three members of his crew did what they could on a cruel night at sea.