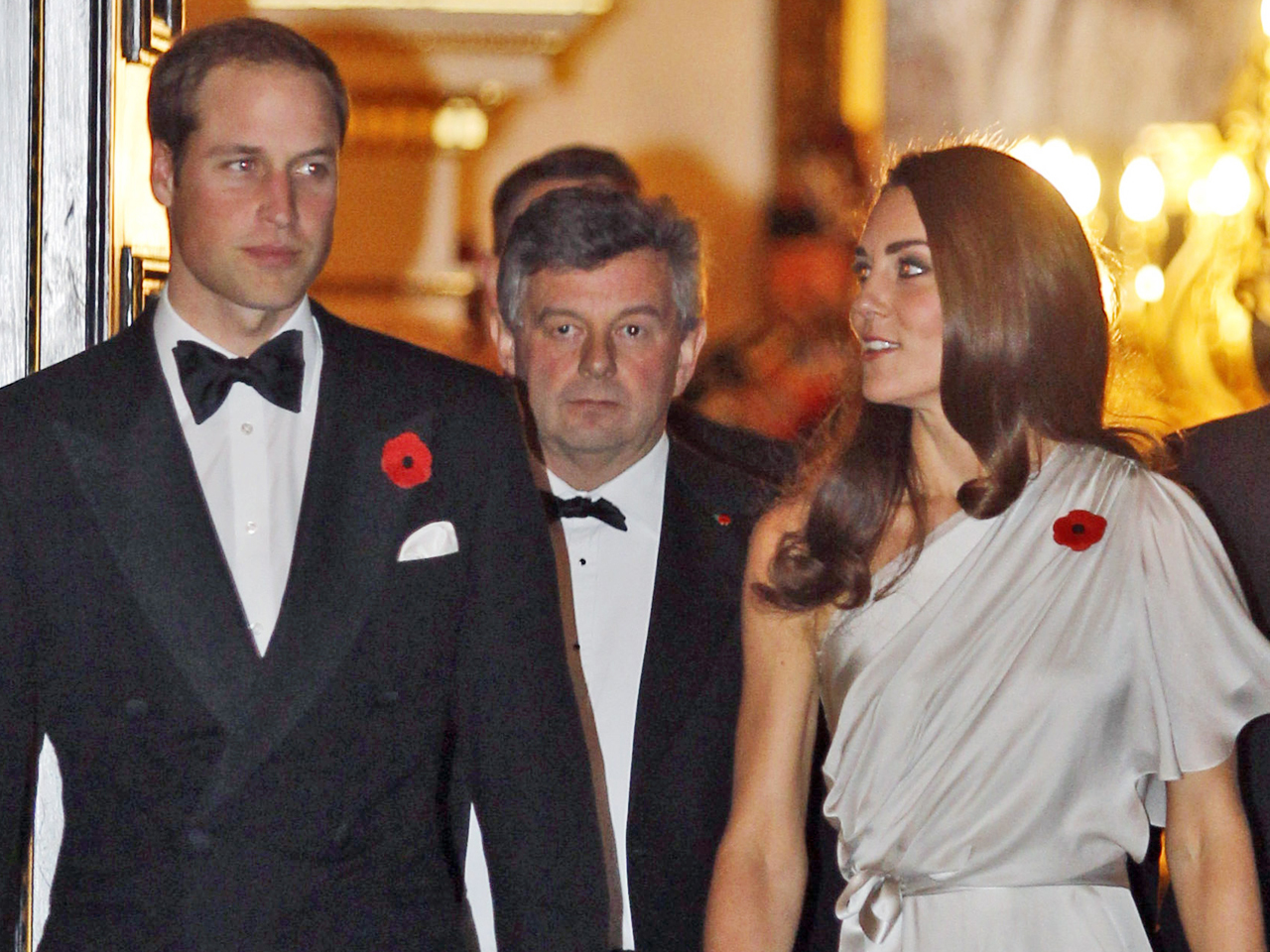 (CBS) Prince William and Kate played host and hostess at a charity gala in London on Thursday night.

The Duke and Duchess of Cambridge, both 29, reportedly entertained about 120 guests at the black-tie dinner at St. James' Palace for the National Memorial Arboretum Appeal, of which William is patron.

Kate wore a silver Grecian gown by Jenny Packham, according to the Daily Mail, while William donned the standard black tux. Both donned red poppy pins, in honor of Remembrance Day.

Guests were treated to a three-course dinner, the Mail reports. Tables were reportedly decorated with tiny trees that will be planted at the arboretum in Staffordshire, England.

The dinner took place the same day that the palace revealed Prince William will be deployed to the Falkland Islands next year, meaning the royal newlyweds will be separated for six weeks.