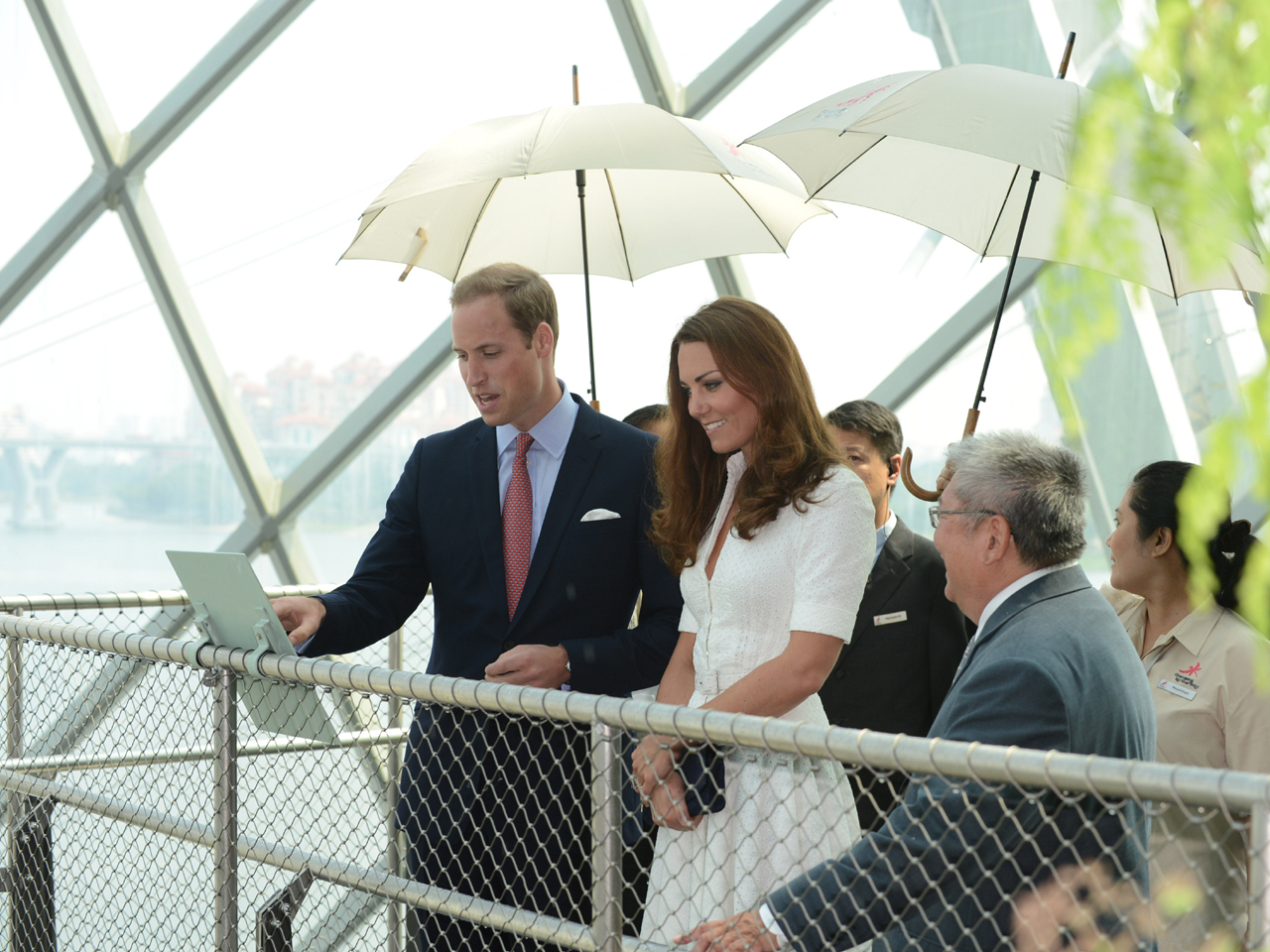 (CBS News) Prince William and Kate's second day in Singapore included touring the city and stopping at a Rolls-Royce factory, where the Duchess of Cambridge showed off her upper-body strength.

The former Kate Middleton pushed the final fan blade into the first Trent Aero engine produced at the plant, then jokingly held up her arm and flexed her muscles for the crowd.

The royal duo, both 30, also toured the Gardens by the Bay conservation center (where Kate planted a tree), took in cultural demonstrations in the Queenstown area of the city and visited a learning center for children with special needs, according to the Daily Mail.

Kate donned a white broderie anglaise skirt suit by Alexander McQueen for the couple's stops at the gardens and the Rolls-Royce plant, then changed into a patterned silk skirt and top by Asian designer Raoul for the other appearances.

At each location, they were greeted by cheering crowds. At one stop, William apparently revealed that he'd like to have two children with Kate.

"Someone asked him how many children he would like to have, and he said he was thinking about having two," student Corine Ackermann said.

The couple was also asked about what superpower they would want - both said invisibility - and Kate was pressed for a beauty tip.

"I asked her how she kept her hair so perfect in this weather, because it's so humid. Mine always poofs up," 15-year-old Ella Major revealed, according to reports. "She was afraid that her hair might be the same way in a few minutes. She said that her hair would poof up soon enough."

William and Kate kicked off their Singapore trip on Monday. It is the first stop on their nine-day tour of the Far East in celebration of Queen Elizabeth II's Diamond Jubilee. They'll also visit Malaysia, the Solomon Islands and Tuvalu.