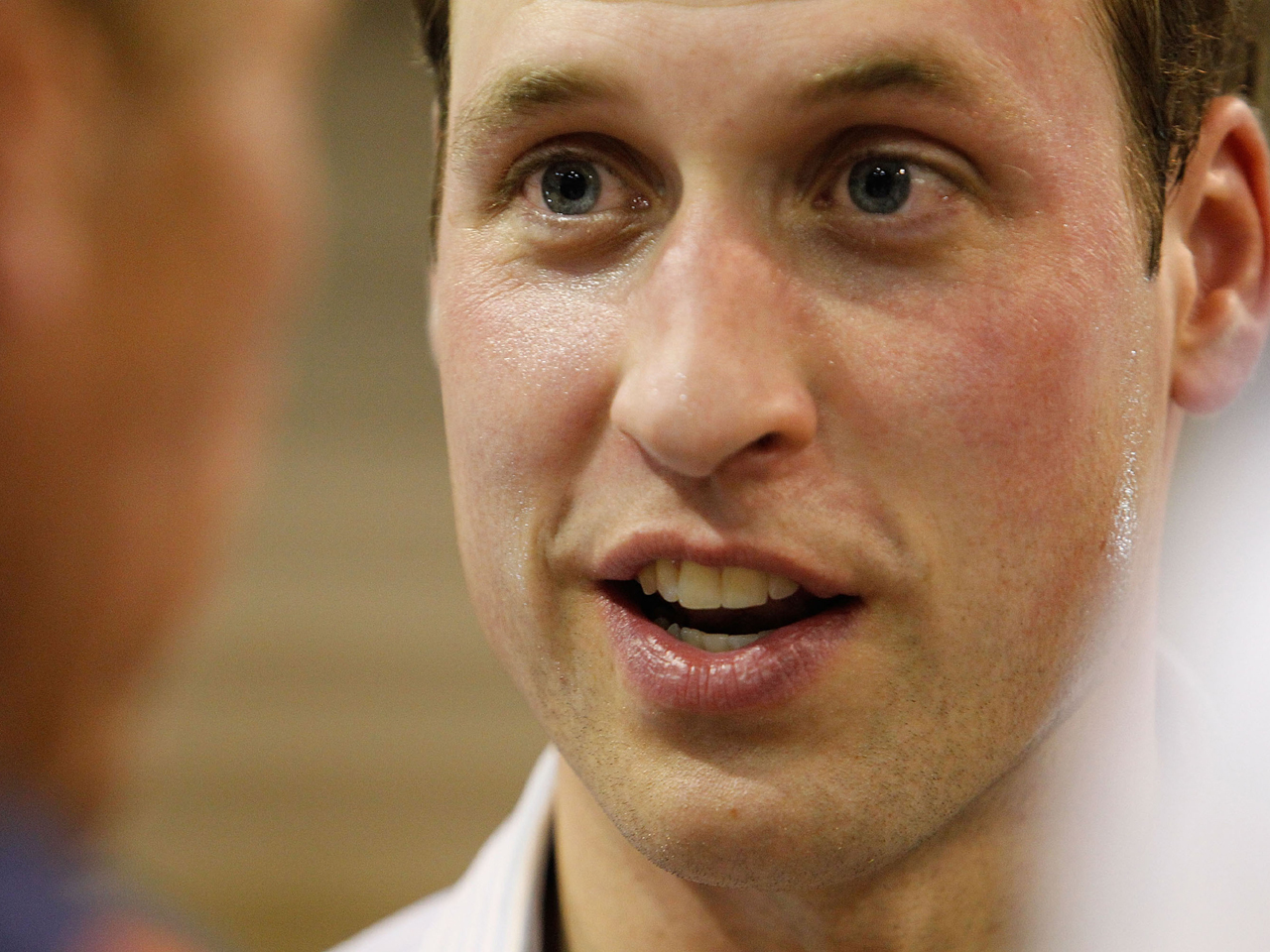 Prince William is like any anxious groom-to-be, as it turns out.

When asked about the wedding preparations, the prince said he experienced a little nervous energy during rehearsals for his upcoming nuptials to Kate Middleton.

"My knees started going, tapping quite nervously," William told reporters Thursday. "So it's quite a daunting prospect, but very exciting. And I'm thoroughly looking forward to it, but there's still a lot to be done in the last four weeks."

What about his stag party last weekend?

William revealed it was "good news to outfox the media."

"It was a military operation," William said, "and my brother and I are very proud about how it went."

However, as one traditional rite of passage is over, William is shaking things up with a new revelation: He's not planning to wear a wedding ring.

On "The Early Show," CBS News Royal Contributor Victoria Arbiter reported that's raising eyebrows. However, it came, Arbiter said, after a discussion with Kate about his preference to not wear any jewelry. Kate has reportedly given her blessing.

Kate, however, will be wearing a wedding band made of Welsh gold, according to a royal tradition started in 1923 by the queen mother.

The news comes on the heels of a visit Friday by William's grandmother, Queen Elizabeth, to the prince's workplace in North Wales, where he is a search-and-rescue pilot for Britain's Search and Rescue Force.

During the visit, William guided Queen Elizabeth through the Valley Royal Air Force Base in Anglesey, Wales.

Arbiter pointed out the queen doubled as both grandmother and sovereign head of the British armed forces during the visit, meeting with members of her grandson's unit.

William said of his colleagues, "I'm incredibly proud to be among the search and rescue guys and very privileged to be flying with some of the best pilots, I think, in the world."

A privilege William is quick to say he earned through merit. On Thursday, he led a mock mission for the media, taking his team on a simulated rescue, flying the helicopter into position for his colleagues to lift a victim to safety. It was at that event that he made the admission to the press that he's nervous about the upcoming nuptials.

"Every day you come into work, and you don't quite know what's going to happen," he said. "It's quite exciting in that sense. It's unpredictable. But at the same time, it's great that you get to go out and actually save someone's life, hopefully, or at least make a difference to someone. When you know that they're in trouble, you do everything to get there. And the guys, demonstrate that every single time that they go out. And with the team environment there is in the cockpit, it's very much sort of a big family in the sky."

In October, the prince and his team flew through choppy winds to rescue an oil rig worker who had suffered a heart attack while at sea. The modest leader explains that each assignment requires the collaboration of his colleagues in the sky.

He said, "It gets very hairy, especially when you've got someone like me at the controls! Well, when you're flying along at night, and you've got snow coming down off the mountains and you've got 14-knot winds, the clouds down to about 200 feet, and you're trying to get through to find someone who's either broken a leg or who's lost on the hill, it gets quite interesting. You have to use all four of you, put your brain power together and your skill and basically hope that you can actually get there and help."

William's brother, Prince Harry, is also a military man, having recently passed his Apache flying test. He made headlines this week for joining wounded veterans on a hike to the North Pole.

Arbiter added on "The Early Show" Prince Harry has also recently talked fondly of his future sister-in-law, saying, she's a fantastic girl who he hopes to take under his wing.

"I don't know whether that means he's planning to take her out clubbing," Arbiter joked, adding, "but he is said to be very keen to get the wedding started and enjoy welcoming her to the family."

"Early Show" co-anchor Erica Hill remarked, "Maybe he should plan her hen weekend since he did such a great job with the stag party."