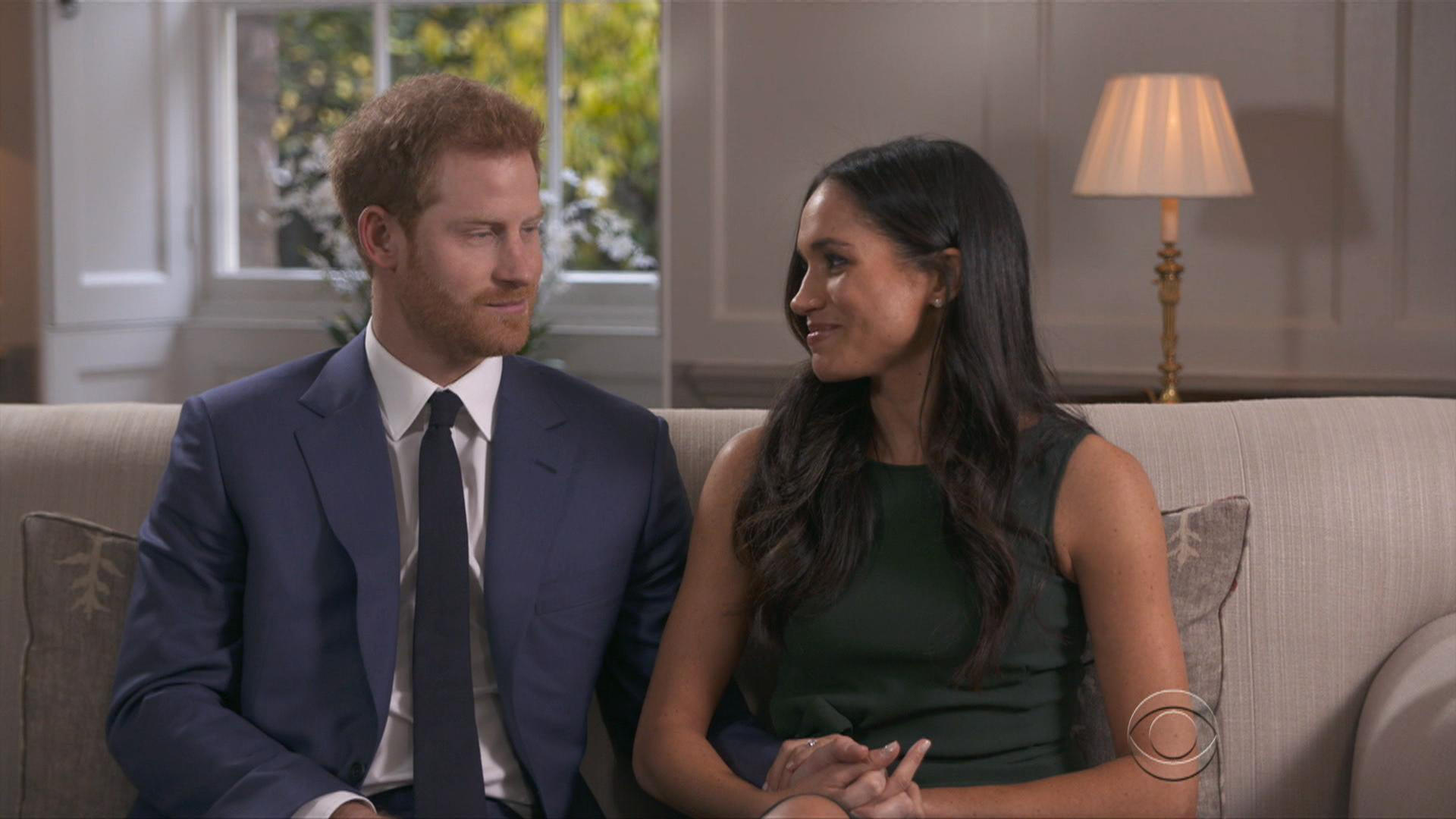 KENSINGTON PALACE -- There is a new alliance between the United States and Britain. More than two centuries after Americans revolted against the monarchy, a British prince has asked a commoner from the colonies to be his wife, and she's accepted.

"The fact that I fell in love with Meghan so incredibly quickly was confirmation to me that all the stars were aligned, everything was just perfect," Prince Harry said. "This beautiful woman just tripped and fell into my life, I fell into her life."

The once-rebellious prince and the American divorcee and TV star are changing the face of the British monarchy -- together.

When did Harry know Markle was "the one"?

"The very first time we met," he said.

That was on a blind date set up by a mutual friend.

Harry popped the question a few weeks ago, at his home in Kensington Palace.

"Trying to roast a chicken and it was just an amazing surprise. It was so sweet and natural and very romantic," Markle said. "He got on one knee."

The proposal over bended knee may have been traditional, but the intense scrutiny of their courtship prompted Prince Harry to denounce what he called "racial overtones" of press coverage.

Markle, who describes herself as biracial, raised in California by her lighting director father and social worker and yoga instructor mother, says it's something she's had to deal with most of her life.

"Of course it's disheartening, you know it's a shame that, that is the climate in this world to focus that much on that," Markle said. "At the end of the day, I'm really just proud of who I am and where I come from."

And she'll be reminded of the legacy she'll inherit every time she looks at that ring: the main diamond from Botswana is flanked by two others that once belonged to Harry's mother, Princess Diana.

"It's beautiful, and he designed it. It's incredible," Markle said. "Obviously not being able to meet his mom, it's so important to me to know that she's a part of this with us."

And as far as the fifth-in-line's current thoughts on royal lineage, there are currently no plans.

"One step at a time and hopefully we'll start a family in the near future," Harry said.

That raises the prospect of half-American children taking up residence in the hallowed halls of the royal palaces -- first cousins to a king or queen one day.

No date has been set yet for the wedding sometime in the spring 2018.