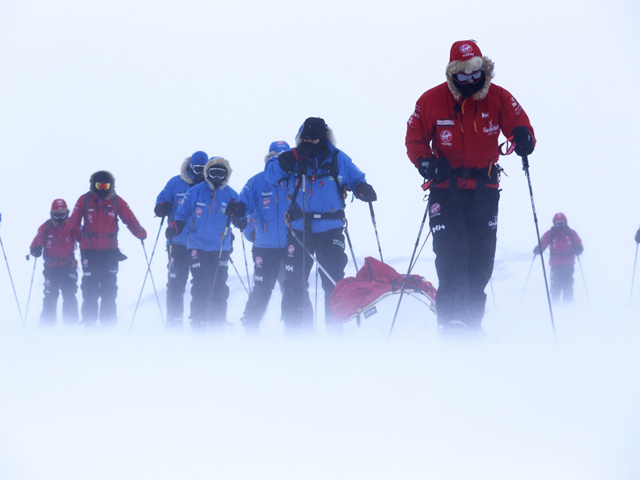 LONDON -- Prince Harry and his fellow adventurers have made it to the South Pole.

Harry, 29, is a member of one of three teams involving injured soldiers that set out two weeks ago on the 200-mile Walking with the Wounded South Pole Challenge.

Members of the U.S. team have been filing blogs for CBSNews.com during the challenge.

Army Capt. Ivan Castro, who was wounded by mortar shells during Operation Iraqi Freedom, wrote Thursday: "The pain: feet, back, shoulders - everybody has pushed themselves really hard, but it's well worth it," he added.

The challenge was initially a race but organizers suspended the competitive element last week due to harsh conditions.

Actors Dominic West and Alexander Skarsgard also were on the trek with teams from Britain, the Commonwealth and the U.S.

Harry, an army Apache helicopter pilot who has served in Afghanistan, spent several days in 2011 trekking with wounded servicemen on a similar expedition to the North Pole.